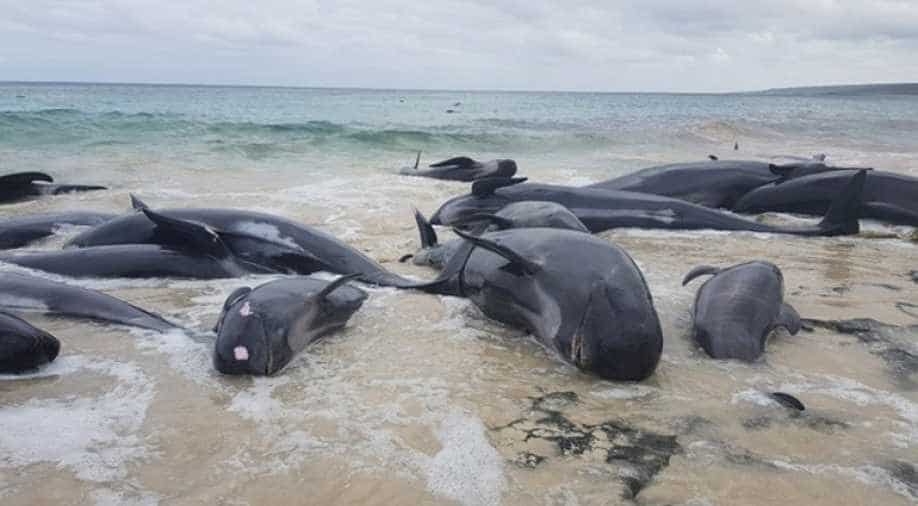 All but six of more than 150 short-finned pilot whales that stranded themselves on a beach in Western Australia have died, despite efforts from authorities and local beachgoers to save them, officials said on Saturday.

The marine mammals stranded themselves in Hamelin Bay, 315 km (198 miles) south of the state's capital, Perth, between March 22 and 23.

Authorities, veterinarians and locals who were visiting the beach attempted to save 15 of the migrating cetaceans in shallow waters, however, only seven were able to successfully be placed back in the water.

A spokeswoman from Western Australia's Department of Biodiversity, Conservation and Attractions said one whale beached itself again and had to be euthanised. So far, the remaining six whales appear to have survived although incident controller Jeremy Chick said they could attempt to beach themselves at another location.

Pilot whales, which are part of the dolphin family, weigh between one and four tons each, providing a logistical challenge to local authorities, who are now working on disposing of the carcasses.

While whales regularly get stranded on the coastal strip migrating between Antarctic feeding grounds in the south and warmer northern waters where they raise their young, the large number this time is unusual.

There was a previously recorded mass stranding in 1996 when 320 long-finned pilot whales stranded themselves just north of Hamelin Bay and died.

Locals and tourists have been warned to stay out of the water due to a likely increase in sharks attracted by the dead whales. The beach has been temporarily closed while authorities dispose of the deceased whales.