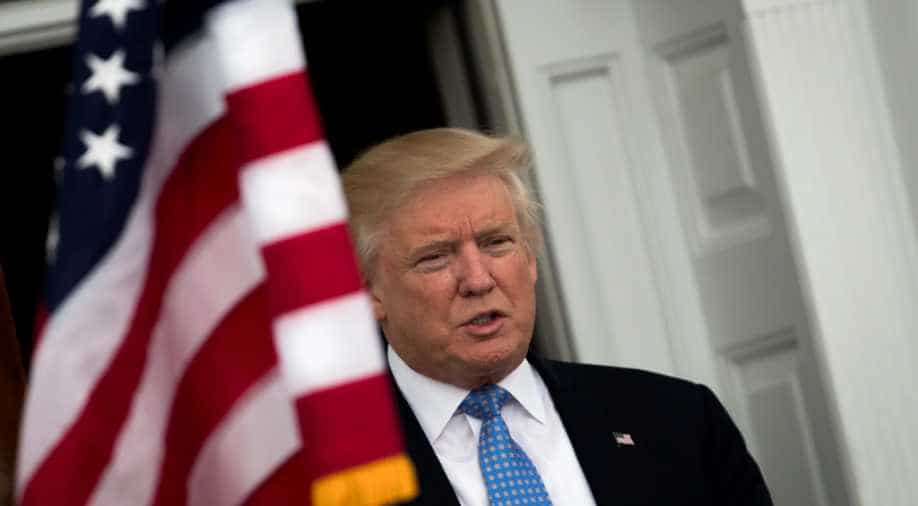 Trump is the first US President or President-elect in 37 years to speak to a leader of Taiwan that is seeking independence from China. Photograph:( Getty )

Amid an outpouring of condemnation over President-elect Donald Trump’s telephone conversation with President Tsai Ing-wen of Taiwan, some prominent US conservatives are commending his decision to take her call.

Trump’s conversation with Tsai on Friday broke decades of US diplomatic policy, risking a serious rift with China by calling into question one of Beijing’s self-described "core interests",the "One China" policy to which then-president Richard Nixon agreed in 1978.

No US president or president-elect has spoken to a Taiwanese leader since then. Some US conservatives however see no evil in the Friday call.

"I would much rather have Donald Trump talking to President Tsai than to Cuba's Raul Castro or Iran's Hasan Rouhani," Texas Senator Ted Cruz, Trump's main challenger and a fierce critic during this year's Republican primary race,  tweeted on Saturday.

"This is an improvement."

President Barack Obama has spoken with Rouhani by phone, and met Castro on a trip to Cuba.

"China has been increasingly aggressive with us because they know we won't do anything meaningful about it," Fleischer tweeted. "I don't mind Trump pushing back."

China regards self-ruling Taiwan as part of its own territory awaiting reunification under Beijing's rule, and any US move implying support for independence, even calling Tsai "president," as Trump did in a tweet announcing the call,prompts grave offense in China.

But some critics thought that Trump had crossed a dangerous line.

"What has happened in the last 48 hours is not a shift. These are major pivots in foreign policy w/out any plan. That's how wars start," tweeted Democratic Senator Chris Murphy.

Senior Trump aide Kellyanne Conway brushed aside the criticism, insisting that the call did not necessarily indicate a change of policy.

"Senator Murphy's tweet is pretty incendiary," she told CNN late Friday. "This is how wars are starting and it is a major policy shift because you get a phone call? That is pretty negative."

Asked whether Trump's decision to take Tsai's call was the result of a mistake by an inexperienced staff, she said the real estate billionaire was fully aware of the implications.

"I commend President-elect Trump for his conversation with President Tsai Ing-wen, which reaffirms our commitment to the only democracy on Chinese soil," he said in a statement.

Trump received criticism on another matter from an unexpected source on Friday: the outspoken former Alaska governor Sarah Palin, who strongly supported him during his campaign.

A favorite of the powerful far-right Tea Party movement, Palin condemned Trump's deal with the Carrier air conditioner company this week to keep 1,100 jobs in Indiana instead of shipping hundreds to Mexico, in return for what the company said would be a $7 million tax-break package from the state.

"When government steps in arbitrarily with individual subsidies, favoring one business over others, it sets inconsistent, unfair, illogical precedent," Palin wrote on the website Young Conservatives.

"We support competition on a level playing field, remember? Because we know special interest crony capitalism is one big fail."

Trump's transition team is believed to be considering Palin, a former Republican candidate for vice president, for a cabinet position.

During his presidential campaign, the Republican billionaire repeatedly threatened to slap tariffs on firms that decamped for Mexico, Asia and other regions with cheaper labor costs.

On Friday, Trump singled out another industrial company, tweeting, "Rexnord of Indiana is moving to Mexico and rather viciously firing all of its 300 workers. This is happening all over our country. No more!"