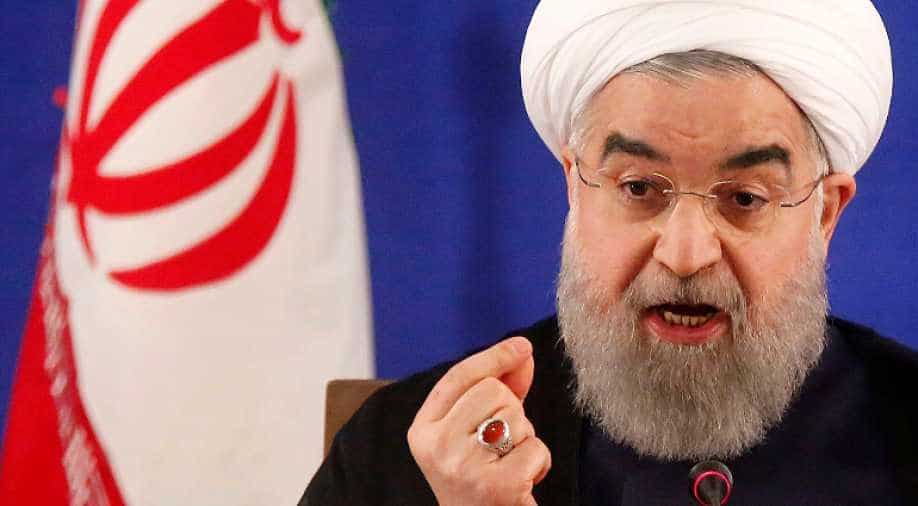 Washington has announced a bumper arms deal with Saudi Arabia, heralding the package as a major boost to long-standing security ties and a way to further isolate Iran.

Administration officials claim the agreement, worth $110 billion over the next decade, is the biggest single arms deal in American history, and it will see US defence firms flow everything from ships and tanks to the latest anti-missile systems to the kingdom.

The deal also reportedly includes the renewed sale of precision-guided munitions that had been blocked under president Barack Obama's administration, for fear the Saudis would use them on civilian targets in Yemen, where Riyadh is prosecuting a war against Iranian-backed Huthi rebels.

While not all its aspects have been made public, the thrust of the deal aims to help the Saudi military bolster its defences to deter bitter rival Iran and its missile program.

The agreement clears the way for the sale of Patriot and Terminal High Altitude Area Defense (THAAD) anti-missile technologies, providing Riyadh with state-of-the-art capabilities that could thwart an Iranian rocket.

"This package of defence equipment and services support the long-term security of Saudi Arabia and the Gulf region in the face of Iranian threats, while also bolstering the kingdom's ability to contribute to counterterrorism operations across the region," said Mike Miller, State Department director of regional security and arms transfers.

While the Trump administration claimed the weapons package was the biggest ever and said it firmed up bilateral ties between the United States and the oil kingdom, many of the weapons sales had actually been in the pipeline for years.

Observers are mixed about the significance of the deal, which comes under a broader series of investments that the State Department says could tot up to $350 billion.

"Both sides have an incentive to show this as a break with the past and an opening to a new era," said Derek Chollet, a former assistant secretary of defence for international security affairs and a senior advisor at the German Marshall Fund.

But he sees the reality as more of a natural progression from a process begun under Barack Obama, who approved more than $100 billion in arms sales to Saudi Arabia.

"I ask myself if Hillary Clinton was president, what would have been different about this Saudi trip? In terms of the arms sales, maybe not a lot," Chollet told AFP.

Many of the sales were set in motion months or years ago, but Trump's son-in-law Jared Kushner scrambled to ensure the deal was finalised ahead of the US leader's visit to Saudi Arabia.

According to The New York Times, he even called Lockheed Martin chief Marillyn Hewson to see if she could knock down the price of the THAAD system.

Lockheed is one of the big winners from the deal, which also includes the sale of the firm's Multi-Mission Surface Combatant Ships and associated gear, for an estimated cost of more than $11 billion.

These ships would allow Riyadh to increase patrols in the strategic Gulf and Red Sea straits in the face of Iranian threats.

The "naval modernization plan would make Saudi Arabia a much more important partner in dealing with the asymmetric threat Iran poses in the Gulf," said Anthony Cordesman, an expert at the Center for Strategic and International Studies.The sale of precision-guided munitions to Saudi Arabia has drawn broad ire internationally.

For more than two years, Saudi Arabia has led an Arab coalition conducting air strikes and other operations against Iran-backed rebels in Yemen, in support of President Abedrabbo Mansour Hadi.

Rights groups have repeatedly criticised the coalition over civilian casualties.

Yemen "is on the brink of famine in part because the Saudis have intentionally destroyed transit hubs and key bridges, and blocked the delivery of humanitarian aid into Yemen," Democratic Senator Chris Murphy wrote in an opinion piece.

"By selling the Saudis these precision-guided weapons more, not fewer, civilians will be killed because it is Saudi Arabia's strategy to starve Yemenis to death to increase their own leverage at the negotiating table. They couldn't do this without the weapons we are selling them."

Israel has expressed concerns about US arms sales to Saudi Arabia eroding its own defensive edge in the region, but the deal does not include the sale of F-35 stealth fighters, which the Jewish state now owns.

"There is nothing in this package of sales, taken individually or as a whole, that will undermine Israel's qualitative military edge," Miller said.

The cosy relationship Trump is fostering with Saudi Arabia belies the views of many of his supporters at home, who blame the kingdom for the September 11, 2001 terror attacks against America.

Of the 19 hijackers of planes used that day, 15 came from Saudi Arabia, also the birthplace of Al-Qaeda founder and attack mastermind Osama bin Laden.