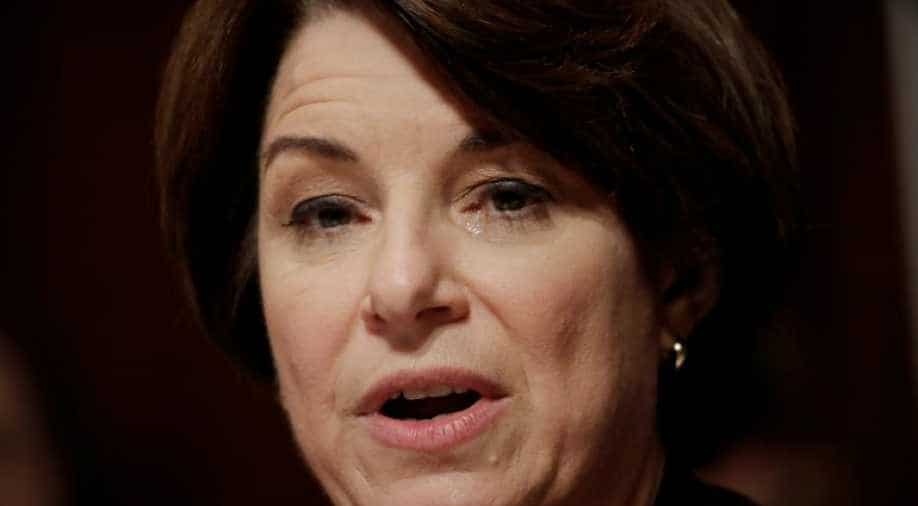 The US senator`s plan would include the repair and replacement of roads and bridges, modernisation of flood protection and airports, expansion of public transportation and the increase of rural access to broadband internet, among other policies.

US Democratic presidential contender Amy Klobuchar presented a trillion-dollar plan on Thursday to fix the country`s roads, bridges and other public works that she said would be her top budget priority if elected.

The US senator`s plan would include the repair and replacement of roads and bridges, modernisation of flood protection and airports, expansion of public transportation and the increase of rural access to broadband internet, among other policies.

Klobuchar often refers to one of the worst bridge collapses in US history, in her home state of Minnesota, repeating her admonition at the time that "A bridge in America just shouldn`t fall down." An interstate highway bridge spanning the Mississippi River collapsed in 2007, killing 13 people and injuring more than 100 others.

Republicans and Democrats in Congress have long called for fixes to the United States` infrastructure, including aging schools and water systems, but plans have foundered over disputes over how to fund the projects.

To pay for the investments, Klobuchar said she would commit more than $650 billion in federal funding for infrastructure, partly by changing parts of the tax overhaul legislation passed in 2017 to adjust the corporate tax rate to 25 per cent.

She would establish an Infrastructure Financing Authority to help states better leverage private funds for projects and steer money to rural areas, as well as bring back a bond program to give a 35 per cent subsidy to state and local governments for public projects.

In President Donald Trump`s annual State of the Union address to Congress in February, he once again called on lawmakers to pass legislation to aid the country`s infrastructure.

An infrastructure plan Trump asked lawmakers to support in February 2018 was roundly criticised and never received a vote in Congress, which was then controlled by his Republican Party.

Klobuchar, who is in her third term in the US Senate, is one of more than a dozen Democrats running for their party`s 2020 presidential nomination.

Hong Kong leader accuses US of 'double standards' over protests