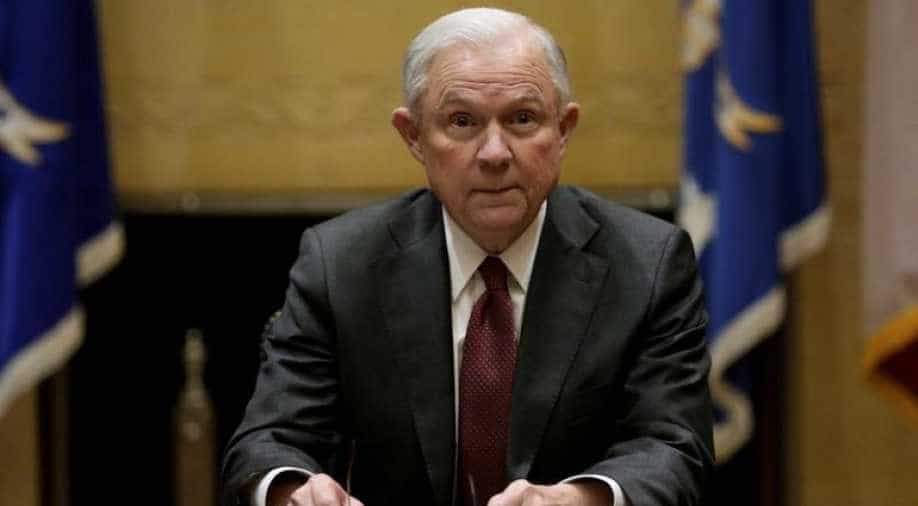 The Justice Department, led by Attorney General Jeff Sessions, has threatened to withdraw federal funding support for jurisdictions which act as sanctuaries.

The US Justice Department sued California Tuesday over its so-called sanctuary city laws, stepping up the Trump administration battle against cities and states offering protection to illegal immigrants.

The suit, filed in the federal court in the eastern district of California, challenges three statutes that the state has passed in support of cities that have refused to meet the demands of federal immigration authorities to hand over undocumented immigrants for prosecution or expulsion.

The statutes "reflect a deliberate effort by California to obstruct the United States' enforcement of federal immigration law," the suit said.

The US Constitution "does not allow California to obstruct the United States` ability to enforce laws that Congress has enacted or to take actions entrusted to it by the Constitution."

In an open challenge to President Donald Trump`s determined push to halt illegal immigration and expel potentially millions of people who came to the United States without papers, last October Governor Jerry Brown signed legislation making all of California a "sanctuary state."

Numerous cities and counties had already declared themselves immigrant sanctuaries, meaning they would not cooperate with federal immigration agents seeking to round up illegal immigrants.

Federal authorities, including the Immigration and Customs Enforcement and the Customs and Border Protection agencies say the sanctuaries policy allows dangerous criminal immigrants to go free.

The Justice Department, led by Attorney General Jeff Sessions, has threatened to withdraw federal funding support for jurisdictions which act as sanctuaries.

California is home to the largest number of undocumented immigrants, nearly one-quarter of the estimated 11 million in total across the United States.

Brown blasted back at Sessions, who has been a key enforcer of the Trump administration`s immigration crackdown. Sessions is planning to make a speech in California on Wednesday defending the suit.

"At a time of unprecedented political turmoil, Jeff Sessions has come to California to further divide and polarize America," Brown said on Twitter.

"Jeff, these political stunts may be the norm in Washington, but they won`t work here. SAD!!!"

The suit is just the latest in a string of court battles over the trump administration`s immigration policies.

The administration has lost in most of them, especially in its efforts to restrict immigration from a number of mostly Muslim countries.