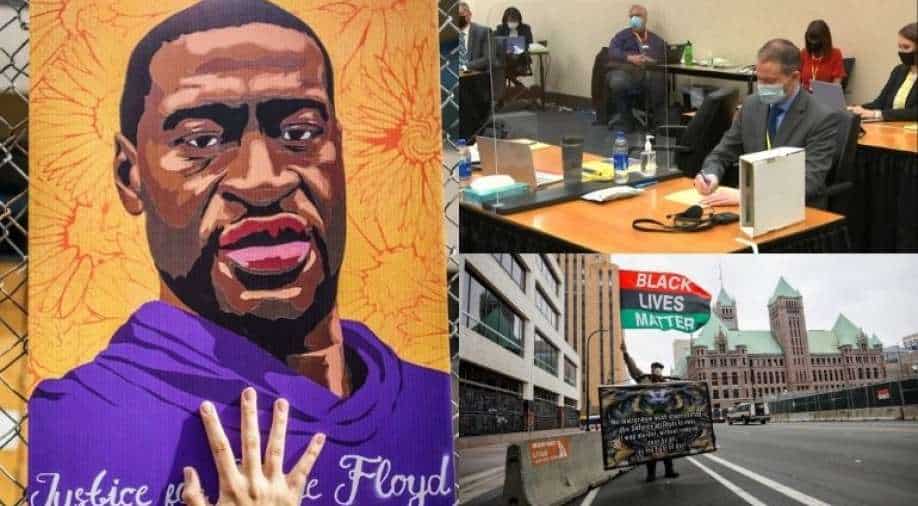 A US federal grand jury on Friday indicted all four former Minneapolis police officers involved in the killing of George Floyd last year, including Derek Chauvin who was convicted of murder and manslaughter charges in April.

According to The Hill, the multicount indictment from the US District Court for the District of Minnesota, accuses Chauvin along with Thomas Lane, J Kueng and Tou Thao of violating Floyd`s constitutional rights.

All of the men were charged with failing to administer first aid to Floyd as Chauvin kneeled on his neck for more than nine minutes.

The indictment announced Friday states that the offenses violated the US Code known as the "colour of law" statute, something that Democrats in Congress have sought to change through the George Floyd Justice in Policing Act.

Under the George Floyd bill, which would implement sweeping national reforms to policing, "willfully" would be changed to "knowingly or recklessly," and the scope of the statute would also broaden.

Chauvin also was charged in a separate indictment related to an incident in which he allegedly used unreasonable force on a Minneapolis 14-year-old in September 2017, CNN reported citing a Justice Department statement on Friday.

The 12 jurors found Chauvin guilty of second-degree unintentional murder, third-degree murder and second-degree manslaughter in Floyd`s death in May 2020.

The maximum sentence for second-degree manslaughter is 10 years and/or USD 20,000.US President Joe Biden later said that the verdict can be a giant step forward on the march towards justice in America.

And while nothing can ever bring George Floyd back, this can be a giant step forward on the march towards justice in America," he said in an address to the nation.

Chauvin was the first white police officer in Minnesota to be convicted of murdering a Black person, and many in the country saw the high-profile trial as a referendum on policing in the US, according to The Hill.