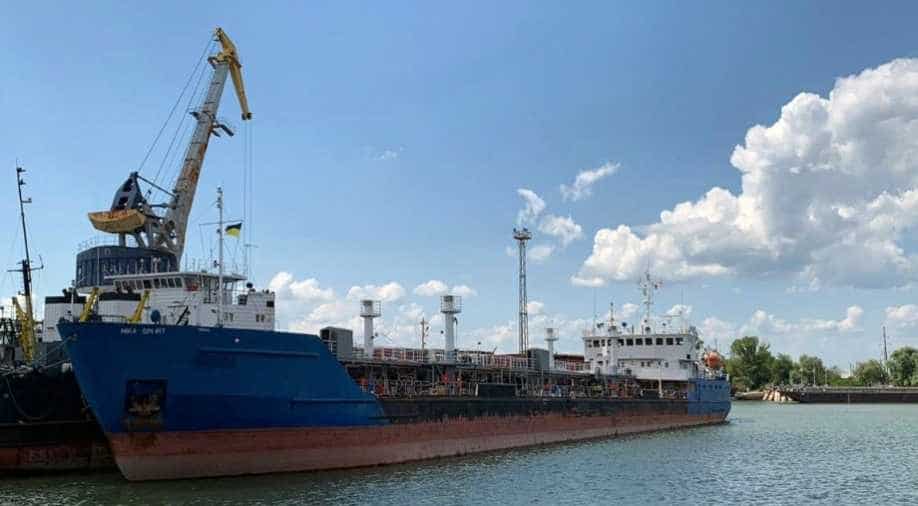 A court, in the southern city of Odessa, ordered the seizure of the tanker Nika Spirit on Monday, according to documents posted by Anatoliy Matios on social media.

A Ukrainian court has ordered the seizure of a Russian tanker stopped last week over its alleged involvement in a Ukrainian-Russian naval clash last year, the country's chief military prosecutor said Tuesday.

A court, in the southern city of Odessa, ordered the seizure of the tanker Nika Spirit on Monday, according to documents posted by Anatoliy Matios on social media.

"The court seized the said vessel," Matios said. "We did it legally."

The Russian owner of the arrested tanker, the Altomar Shipping company, told Russian news agency Interfax that its management was "in contact with Ukrainian authorities" to solve a "range of issues related to the vessel".

Ukraine's SBU security service said last week it had stopped the Russian tanker, previously known as the Neyma when it entered the port of Izmail in the southern Odessa region.

Investigators seized documents on board and questioned its 10 crew members.

Moscow responded by threatening Kiev with unspecified "consequences", although it later confirmed the 10 crew members had been released and allowed to return to Russia.

However, Kiev kept the tanker.

In November, Russia opened fire on three Ukrainian navy vessels as they tried to pass through the Kerch Strait from the Black Sea to the Sea of Azov.

Ukraine says the Russian tanker was used in that confrontation, the most dangerous open clash between the two countries in recent years.

According to the SBU, the Neyma had changed its name painted on the hull to "conceal its involvement in the act of aggression".

Moscow also captured 24 Ukrainian sailors manning the vessels and plans to put them on trial, accusing them of violating its maritime borders.

The International Tribunal for the Law of the Sea, a UN-established organisation overseeing maritime disputes based in Hamburg, has urged Russia to release the sailors and return them to Ukraine.

The two former-Soviet neighbours have been caught up in hostilities since 2014 when Moscow annexed Crimea and supported a separatist insurgency in eastern Ukraine.