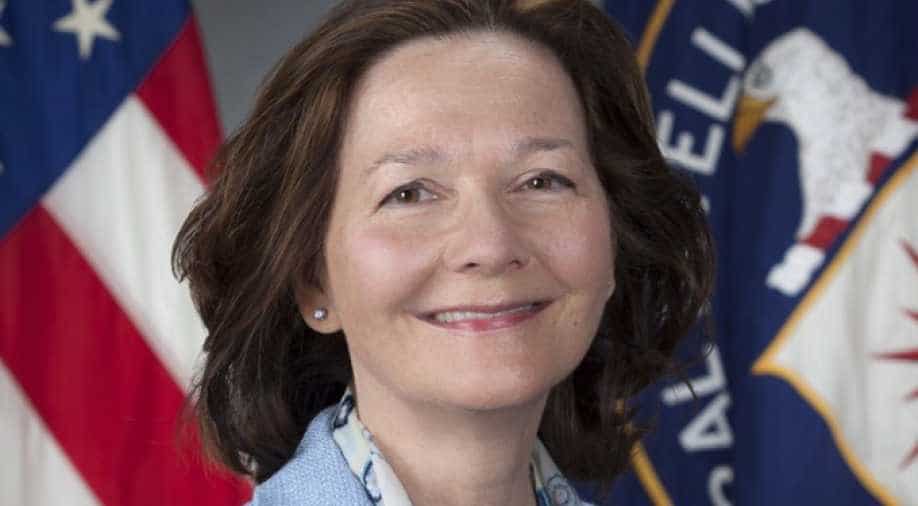 Gina Haspel broke another glass ceiling in her illustrious career in the CIA running over more than three decades when US President Donald Trump announced that she would become the first woman to lead the agency.

In a surprise move, Trump yesterday announced that he was removing Secretary of State Rex Tillerson and replacing him with CIA Director Mike Pompeo and elevating Haspel, who was his deputy.

The Senate must vote on 61-year-old Haspel's confirmation to succeed Pompeo. If confirmed by the Senate, Haspel would be the first women to lead the Central Intelligence Agency.

However, influential lawmakers yesterday indicated that they are unlikely to give her a pass. In fact, they are gearing up to grill her over her role in torture programme.

"Gina, by the way, who I know very well, who I've worked with very closely, will be the first woman director of the CIA. She's an outstanding person who also I have gotten to know very well," Trump told reporters at the White House.

Director of National Intelligence, Daniel Coats, said Trump has made a strong choice in his nomination of Haspel to serve as the next Director of CIA.

Haspel is a career intelligence officer who joined the CIA in 1985. She has extensive overseas experience and has served as Chief of Station in several locations, he said. She is the winner of George H W Bush Award for excellence in counterterrorism and also the Intelligence Medal of Merit.

On a flip side, Haspel once reportedly ran a secret prison in Thailand where terrorism suspects were allegedly subjected to harsh interrogation techniques like waterboarding.

According to 'The Wall Street Journal', she was part of a team that oversaw the CIA's detention and interrogation of suspected terrorists, using techniques that many experts and lawmakers since have described as torture.

Top senators were yesterday quick in pointing at her role in the torture programme.

Republican Senator John McCain, Chairman of the powerful Senate Armed Services Committee said the torture of detainees in US custody during the last decade was one of the darkest chapters in American history.

"During the confirmation process, Haspel needs to explain the nature and extent of her involvement in the CIA's interrogation programme. I know the Senate will do its job in examining Ms. Haspel's record as well as her beliefs about torture and her approach to current law," McCain said.

Senator Dianne Feinstein said Haspel has been a "good" deputy director but mentioned that she had her reservations about the CIA's torture programme.

"It's no secret I've had concerns in the past with her connection to the CIA torture programme and have spent time with her discussing this. To the best of my knowledge, she has been a good deputy director and I look forward to the opportunity to speak with her again," she said.

Senator Ron Wyden, a senior member of the Senate Intelligence Committee, opposed the nomination of Haspel and called for total transparency about her background.

"Ms. Haspel's background makes her unsuitable to serve as CIA director... If Ms. Haspel seeks to serve at the highest levels of US intelligence, the government can no longer cover up disturbing facts from her past," he said.

Senator Martin Heinrich, a member of the Senate Select Committee on Intelligence, said Trump's decision to nominate Haspel to serve as CIA Director is "deeply troubling".

"Her record makes her unsuitable for a leadership role at the agency, let alone to serve as the director. We should not be asked to confirm a nominee whose background cannot be publicly discussed and who cannot then be held accountable for her actions. The American public deserves to know who its leaders are," Heinrich said.

House Judiciary Committee Ranking Member Jerrold Nadler said the Senate owes it to the American people to take a hard look at Deputy Director Haspel, "whose career at the CIA coincides with some of the darkest moments in recent American history".

"She oversaw a black site prison in Thailand.? She approved interrogation techniques that were clearly unlawful at the time, and ordered the destruction of evidence of those practices," he alleged.

However, Senate Majority leader Mitch McConnell got behind Haspel's nomination, calling her "an outstanding choice".

"The president has made an excellent choice in asking Gina to take on the responsibilities of leading the CIA and I look forward to working with her," he said.

Senator Richard Burr, the chairman of the Senate Select Committee on Intelligence, said his committe would continue its "positive relationship" with the CIA under her leadership.