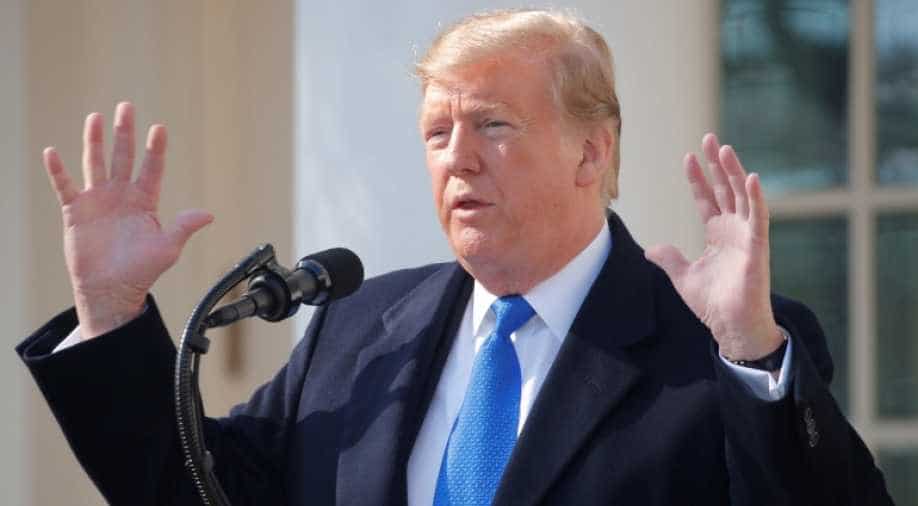 Trump, speaking at a news conference in Vietnam after failing to achieve a peace deal with North Korea’s Kim Jong Un, called the blockbuster hearing back in Washington fake and said it should not have been scheduled during his trip.

President Donald Trump criticised his former attorney Michael Cohen on Thursday for lying in testimony to Congress but found a reason to praise him, too, for not alleging Trump’s campaign colluded with Russia in 2016.

Trump, speaking at a news conference in Vietnam after failing to achieve a peace deal with North Korea’s Kim Jong Un, called the blockbuster hearing back in Washington fake and said it should not have been scheduled during his trip.

"He lied a lot, but it was very interesting because he didn’t lie about one thing, he said no collusion with the Russian hoax," Trump said.

"I wonder why he didn’t lie about that too like he did about everything else. I was actually impressed that he didn’t say, `well, I think there was collusion for this reason or that`. He didn’t say that."

Cohen testified on Wednesday, calling Trump a "conman" who knew in advance about the release of stolen emails aimed at hurting his Democratic rival in the 2016 election campaign.

Trump criticised the timing of the hearing saying it should not have happened while he was on an important trip.

"Having a fake hearing like that and having it in the middle of this very important summit is really a terrible thing. They could have made it two days later or next week," he said.

"But having it during this very important summit is sort of incredible."

Trump has called an investigation into possible collusion between Moscow and his presidential campaign a “witch hunt”.

Cohen, 52, was a close aide of Trump for years and his testimony could increase the legal and political pressure on the Republican president.

But Cohen did not appear to disclose a "smoking gun" that could sink his former boss.

Cohen said he had no direct evidence that Trump or his campaign colluded with Moscow during the election campaign.

Possible collusion is a key theme of Special Counsel Robert Mueller`s Russia investigation, which has dogged the president during his two years in office. Trump has repeatedly denied the allegation as has the Kremlin.