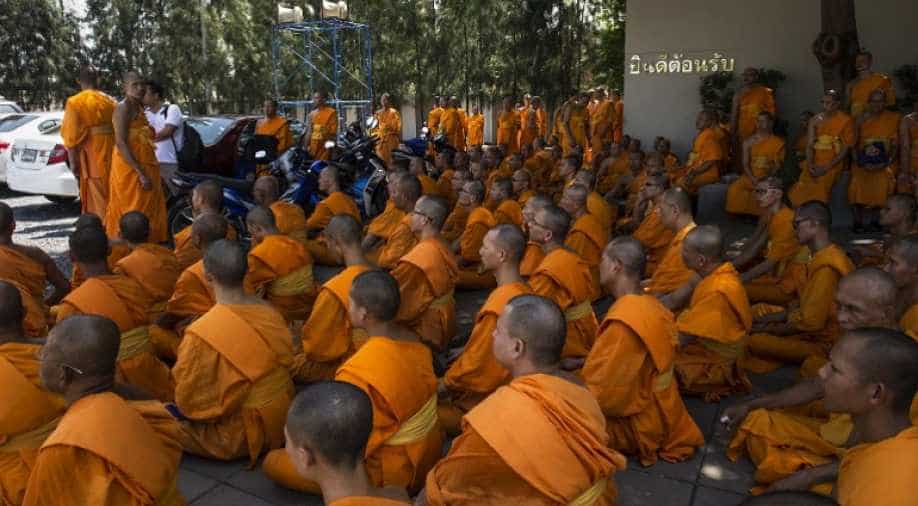 Devotees of a Buddhist abbot suspected of money laundering barricaded entrances to their temple on Tuesday as more than 700 policemen assembled outside, preparing to raid the sprawling complex north of Bangkok.

The Wat Phra Dhammakaya Temple commands a huge following and is supported by influential Thai politicians and business folk, but critics say it exploits people and religion for money.

Thailand's attorney general said in November it would charge Abbot Phra Dhammachayo and four others on charges of conspiracy to launder money and receive stolen goods.

Police have tried in vain over the past few months to question the abbot and enter the temple complex, located near the Thai capital's Don Muang international airport.

With police poised to make another attempt on Tuesday, Reuters reporters saw hundreds of monks and devotees inside the temple. Some were barricading entrances, while others wore face masks and chanted Buddhist sutras.

"The objective of the operation today is to remove anything that is in the way, including fences," Khempak Photipak, the officer in charge of the police operation, told Reuters.

"We're waiting for orders about when to raid the temple," adding that about 750 police had been deployed.

Temple officials said there were around 10,000 people in the entire complex.

A series of corruption, sex and drugs scandals involving monks at various temples has cast Thai Buddhism under a harsh light in recent years.