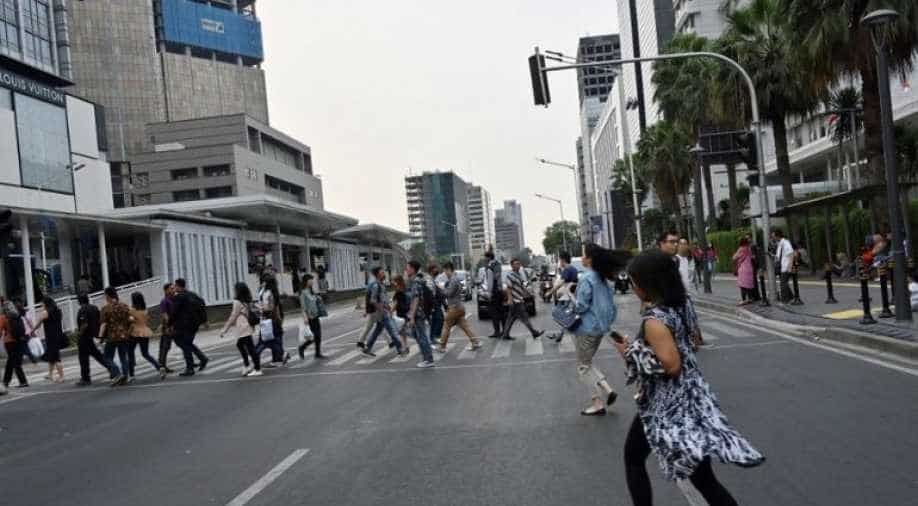 People cross a road despite the traffic lights not working due to an electricity outage in Jakarta. Photograph:( Reuters )

The shutdown hit parts of the sprawling capital Jakarta -- home to some 30 million people -- and forced the temporary closure of its new mass rapid transit system.

Tens of millions of people on Indonesia's heavily populated Java island were affected by a widespread electricity outage Sunday after disruptions at several power plants, the state utility PLN said.

The shutdown hit parts of the sprawling capital Jakarta -- home to some 30 million people -- and forced the temporary closure of its new mass rapid transit system.

Passengers were safely evacuated from several MRT carriages when the power went out, according to the system's operator, while the city's commuter trains were also impacted.

The blackout -- which began around noon local time (0500 GMT) and was expected to last until later Sunday -- caused sporadic disruptions in mobile phone services and cash machines, while some apartment buildings were left in the dark.

Many buildings had to resort to power generators to keep the lights on.

PLN said the blackout was caused when a gas turbine at a major power plant went down and by disruption at another facility. Both are on the western end of Java.

"We're doing our best to fix the system so the power comes back to normal," it added.