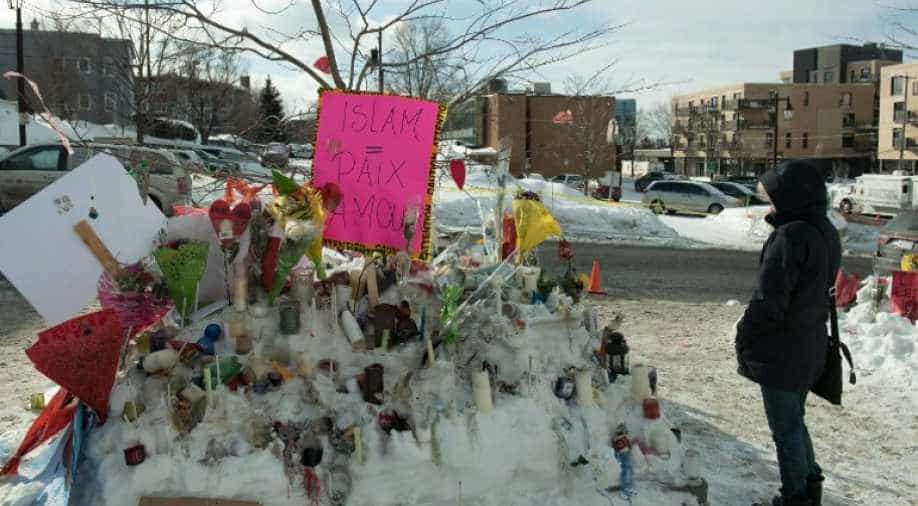 People place messages and flowers near a mosque that was the location of a shooting spree in Quebec City on January 31. Photograph:(AFP)
Follow Us

In the wake of Sunday's fatal attack on a mosque in Quebec City, attention is turning to the role of populist talk radio stations and their possible role in whipping up resentment against Muslims.

The day after the massacre at the Centre Culturel Islamique de Québec, one local talk show host in Quebec City told his listeners several times that two hooded men shouting "Allahu Akbar!" had carried out the attack.

"Is this Islamophobia or an Islamist attack?" asked Sylvain Bouchard on station FM93. In fact, police that day charged a white Quebec man with six counts of premeditated murder and five counts of attempted murder with a restricted weapon for the attack. Members of Quebec's Muslim community suggest views expressed on what is known popularly as "radio poubelle" (garbage pail radio) may be encouraging extremist views in a province which has at times struggled to cope with immigration.

Quebec has seen a steady rise of right-wing groups, especially since a heated debate in 2007 about "reasonable accommodation": how far the province should go to make immigrants feel welcome. The province last year unveiled draft legislation to ban face-coverings in the public sector in a move criticized as marginalizing Muslim women and potentially inflaming anti-immigrant tensions.

"This unhealthy climate is fed by 'garbage pail radio' where you can say anything and where the hosts vomit all over Muslims, Jews -- in short, everyone who isn't 'us' but 'them," wrote Michele Ouimet, a columnist for the La Presse daily. Quebec Premier Philippe Couillard on Tuesday would not answer directly when asked by a reporter whether the radio stations were partly to blame.

But, he added: "Words are important - written words, spoken words. People need to think carefully about that."

By Tuesday morning, Bouchard had radically changed his tune. "Did I make a mistake? Yes," he said on air warning listeners to beware of unverified social media messages.

He also interviewed Quebec City Muslims, who called for acceptance in Quebec society, and Mathieu Fiset, a native-born Quebecer, who went from skin-head neo-Nazi to opponent of the alternative-right.

The far-right in Quebec

Several far-right groups are active in Quebec, with their activities increasingly expanding from online discussion to physical displays of protest. Soldiers of Odin, an anti-immigrant group founded in Finland in 2015, has a particularly visible presence in Quebec City, where it has regularly patrolled streets since early last year.

"There is an underground culture of small far-right groups in Quebec," said Chedly Belkhodja, a professor of public affairs at Concordia University in Montreal. "They feel their values are threatened by immigrants, by the mainstream political elites accepting more immigrants," he said.

"Racism, xenophobia and exclusion exist here. We have to recognise that and act together to highlight the path we want society to take," he said.

Francois Blais, the provincial government minister in charge of the Quebec region, admitted frankly that relations between locals and Muslim immigrants could be better.

"I think native Quebecers in the region still don't know enough about this community...We are going to focus on organising activities to boost rapprochement," he told reporters.