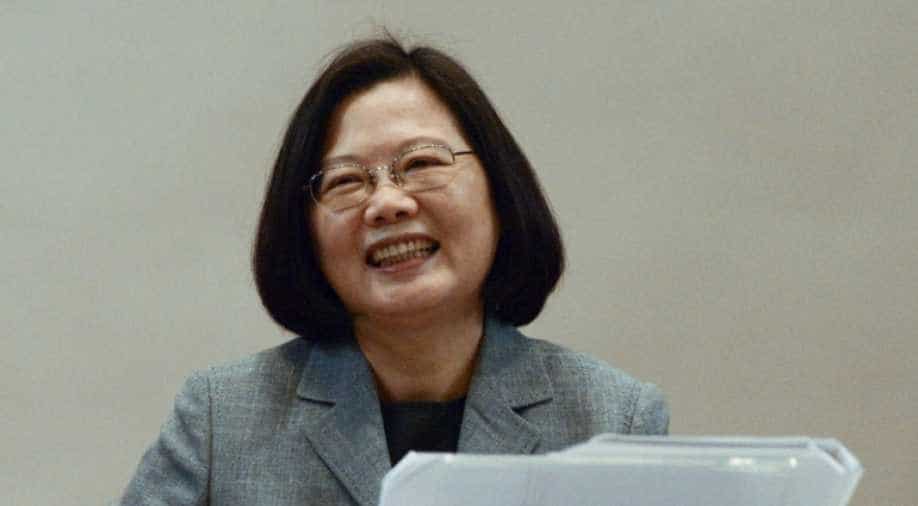 Taiwan showcased its military might with fearsome Thunderbolt-2000 missiles, F-16 jets dispensing flares and military tanks stationed on the beach capable of hitting targets far into the sea

It is a five-day drill to test Taiwan's military preparedness. This year it serves a special purpose as it is aimed at demonstrating Taiwan's ability to repel any Chinese invasion.

On display were Taiwan's fearsome Thunderbolt-2000 missiles, the F-16 jets dispensing flares and military tanks stationed on the beach capable of hitting targets far into the sea, also were on dispaly the fierce predators in the form of assault helicopters dropping missiles with soldiers in attack mode moving amid clouds of smoke together they bombarded the Jianan beach to deter a simulated invading force.

Overseeing the exercise was President Tsai Ing-wen wearing a green military uniform complete with a helmet.

Tsai Ing-wen sent out a message to mainland China: "The annual Han Kuang exercise is an important event for our military. Not only does it show the progress of our military strength, it also lets the international community see our resolve in protecting our country."

The message was loud and clear. Taiwan may be outnumbered and outgunned by China's enormous People's Liberation Army but its determination to protect itself is much stronger.