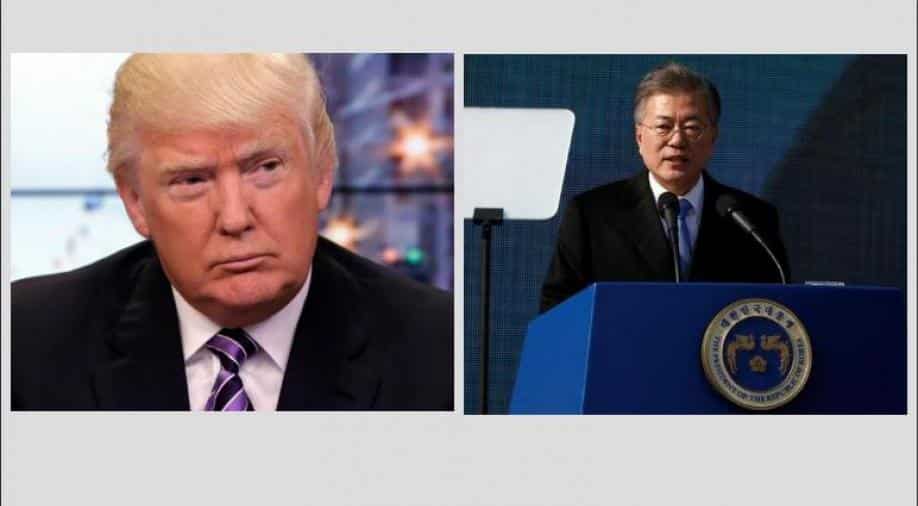 South Korean President Moon Jae-in will meet his American counterpart President Donald Trump at the White House on May 22.

Both the leaders are likely to discuss the upcoming summit between Trump and North Korean leader Kim Jong Un, the White House stated on Friday.

Meanwhile, on Friday, Trump told reporters that the date and location were set for a meeting with North Korea's leader Kim Jong-Un. The details of the meeting will be announced soon.

According to the White House, the historic summit between Trump and Kim could take place this month, as long as North Korea fulfils the conditions made by the United States with respect to its nuclear program and other areas of contention.

"We're having very substantive talks with North Korea and a lot of things have already happened with respect to the (US) hostages. I think you're going to see very good things," Trump noted on Friday.