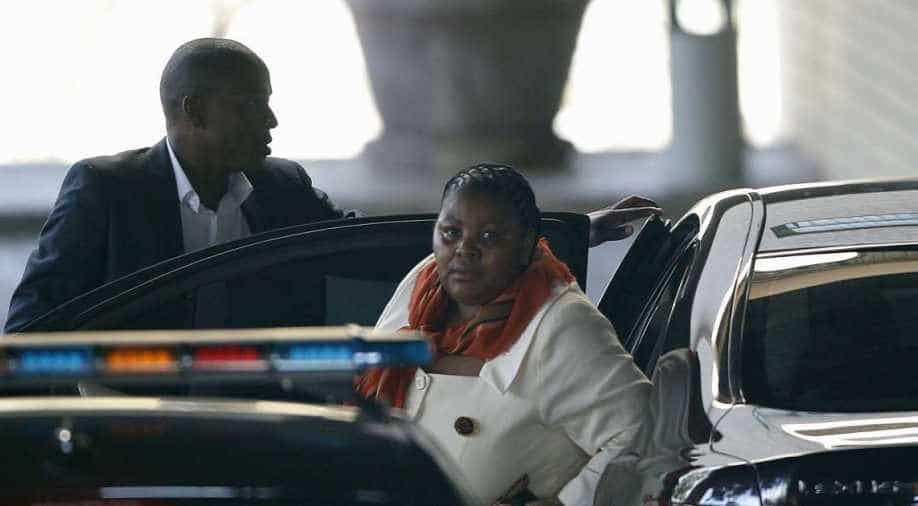 The African National Congress (ANC) delegation's presence aboard the flight sparked widespread criticism over the use of state resources for party business.

The African National Congress (ANC) delegation's presence aboard the flight sparked widespread criticism over the use of state resources for party business.

Their trip to Harare was for crisis talks with Zimbabwe's Zanu-PF ruling party aimed at helping tackle the country's political and economic woes.

But they tagged along aboard Defence Minister Nosiviwe Mapisa-Nqakula's plane, rather than travelling privately.

She had a scheduled meeting in Zimbabwe to discuss regional issues following a recent summit of the Southern African Development Community bloc.

Mapisa-Nqakula will not receive her salary for three months from November 1, and the money will instead go to a fund to support the country's response to the coronavirus pandemic, Ramaphosa said in a statement.

The defence minister did not act "in the best interest of good governance", the statement said, adding that the incident showed "an error of judgement".

The president, who had himself dispatched the ANC delegation, also said he expected the party to reimburse the government for use of the airforce jet.

South Africa's main opposition party, the Democratic Alliance (DA), immediately called for the minister's resignation, saying the presidential reprimand was "a mere slap on the wrist" and showed that Ramaphosa does not hold his government to account.

"The DA views these transgressions as a gross violation of (Mapisa-Nqakula's) oath of office, a dereliction of duty and a complete disregard for ethical standards. Minister Mapisa-Nqakula must therefore be fired immediately," the party said in a statement.

The opposition also accused the ANC delegates of breaching lockdown regulations, as South Africa's borders are shut to control the spread of coronavirus.