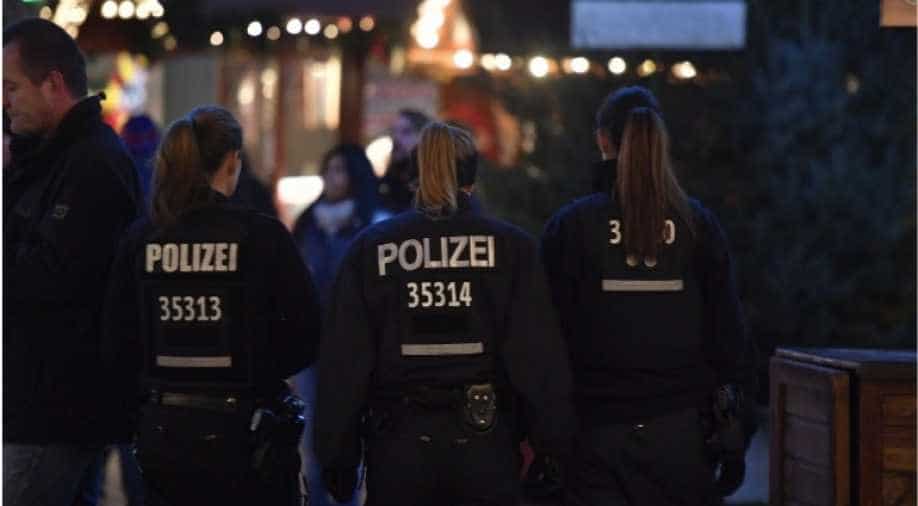 The suspect, identified as Magomed-Ali C, 31, had planned an attack with Tunisian Amri, who went on to kill 12 people in his 2016 truck rampage at the market, and French jihadist Clement Baur.

The suspect, identified as Magomed-Ali C, 31, had planned an attack with Tunisian Amri, who went on to kill 12 people in his 2016 truck rampage at the market, and French jihadist Clement Baur.

Magomed-Ali C -- who according to news site Zeit Online hails from the Russian Caucasus republic of Dagestan -- had allegedly kept TATP, a volatile explosive dubbed "mother of Satan", in a Berlin flat in October 2016.

The Russian national was arrested in August 2018 and formally charged on February 25 this year with preparing a serious act of subversive violence, prosecutors said in a statement.

His joint plan with Baur, who has been jailed in France, had allegedly been to carry out "an Islamist attack in Germany to kill or maim as many people as possible" in order "to create a climate of fear and uncertainty".

The Russian -- who had come to Germany as an asylum seeker in 2011, already a militant Islamist -- is believed to have first met Baur in Belgium in 2013.

By 2015, Magomed-Ali C. allegedly wanted to join the Islamic State group in Syria but was barred from leaving Germany after police in June alerted the immigration department.

He then planned to launch an attack within Germany and in July 2015 asked Baur to come to Berlin to help him.

The two met Amri that year in Berlin's Fussilet 33 mosque, which was later shuttered by authorities as a suspected meeting place for radical Islamists.

The two temporarily broke off contact with Amri when the Tunisian drew heightened police attention in February 2016.

C and Baur then either procured or produced the TATP in October 2016 and kept it in the Berlin flat, prosecutors charge.

Another police action, on October 26, 2016, however, interrupted their planning and led Baur to flee for France.

Amri in December committed the market attack and was killed days later by an Italian police officer.

Baur and another suspect were arrested in Marseille on April 18, 2017, accused of plotting an attack shortly before French elections.

French police found an IS flag, a loaded Uzi sub-machine gun, two pistols, a homemade grenade and TATP in an apartment.

Zeit Online reported that German police never found the TATP in the Berlin flat and that prosecutors had based their charge primarily on tapped phone calls.