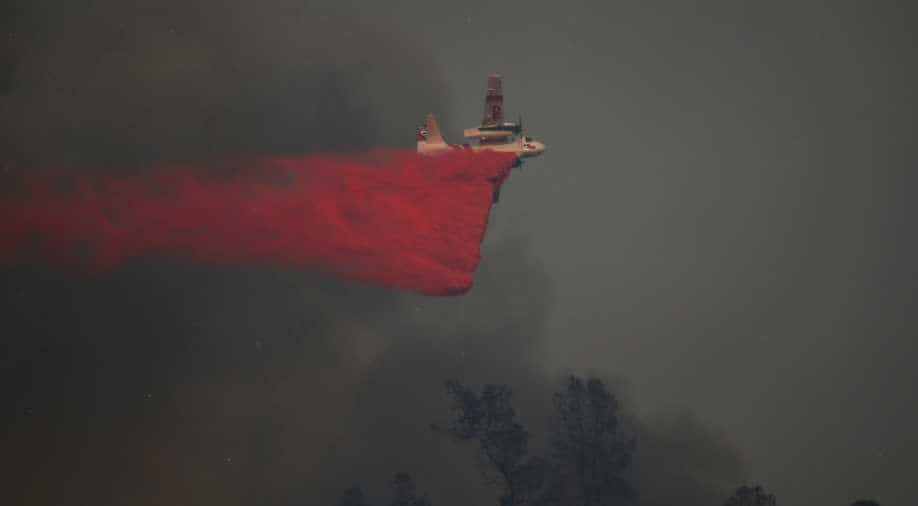 Follow Us
Russian firefighters on Sunday found remains of a crashed plane that went missing on Friday with ten people on board while putting out wildfires in Siberia.

The tail of the Il-76 emergencies ministry plane was found North of Irkutsk, the region straddling Russia's Lake Baikal, where catastrophic fires have been raging for weeks.

"Remains of four crew members were found," the emergencies ministry branch in Irkutsk said in a statement. Efforts to find other bodies were hampered by smoke and difficult terrain, it said.

Earlier the ministry said that ten people were on board the plane, which stopped making contact early on Friday.

"We're clearing an area for landing a helicopter to recover bodies that we will find." Deputy emergencies minister Leonid Belyaev told state television.

Footage from the crash site showed the tail of the transport plane laying on charred ground with the rest of the fuselage apparently completely burned.

A Russian aviation agencies source told TASS news agency that the plane most likely lost control because of interference from hot air from the wildfire that it was trying to douse with water.

"It's possible that hot air from the wildfires got into the engines, the plane lost propulsion and could not gain altitude, hit the top of the trees and fell," the source was quoted as saying.

The plane's tail was discovered by another firefighter on Sunday morning, said the Russian forestry agency's aviation unit.

The forestry agency's aviation unit said  on Sunday that over 43,000 hectares of forest land is burning in Russia, mostly in Siberia.