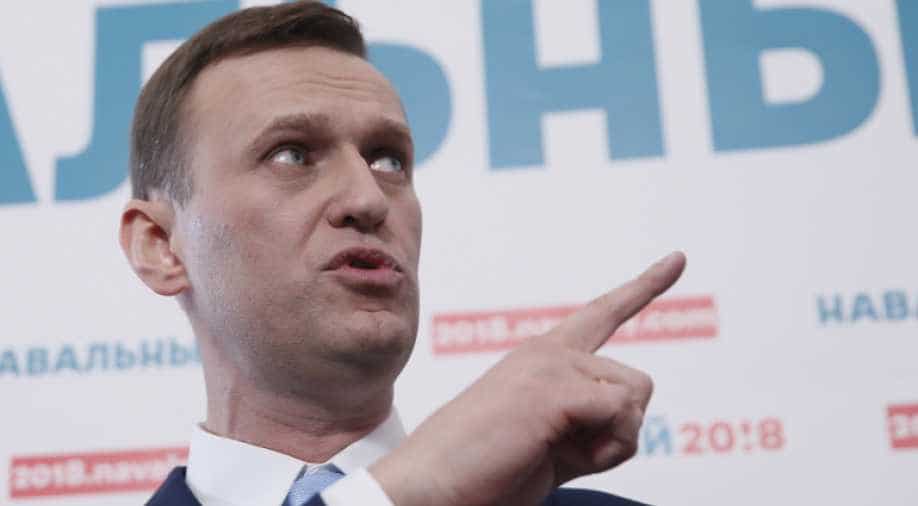 The commission voted 12 to zero in barring Navalny from the presidential election, citing a controversial embezzlement conviction for which he received a five year suspended sentence.

Navalny's crime qualifies as "serious" and therefore rids the individual of the right to stand for president," said commission member Boris Ebzeyev ahead of the vote, urging the body to bar him from running.

Navalny calls for boycott of election

The decision prompted the 41-year-old protest leader -- who maintains that the court case against him was fabricated for political reasons -- to call for a boycott of the election.

"We are declaring a strike by voters. We will ask everyone to boycott these elections. We will not recognise the result," Navalny told journalists.

Navalny, who has campaigned across Russia in recent months, argued earlier in front of the commission that his conviction was lifted in the European Court of Human Rights, and that banning him from participation would make March's election illegitimate.

"I assure you, a huge amount of people will not go to this election, would actively boycott this election" and hold "electoral strikes."

In a passionate speech he accused the commission of barring truly oppositional figures while allowing candidates who are not interested in fighting corruption or in conducting real campaigns.

Navalny was first sentenced in 2013 on the embezzlement charges, which accused him of defrauding the Kirov regional budget of about $270,000.

The European Court of Human Rights last year quashed the ruling, saying it was unfair, and Russia's Supreme Court ordered a retrial.

The retrial in a Russian court however gave Navalny the exact same sentence as before, using almost identical wording as the 2013 decision.