Project Trumpmore: Now, Trump's 115-foot face to be carved in the Arctic 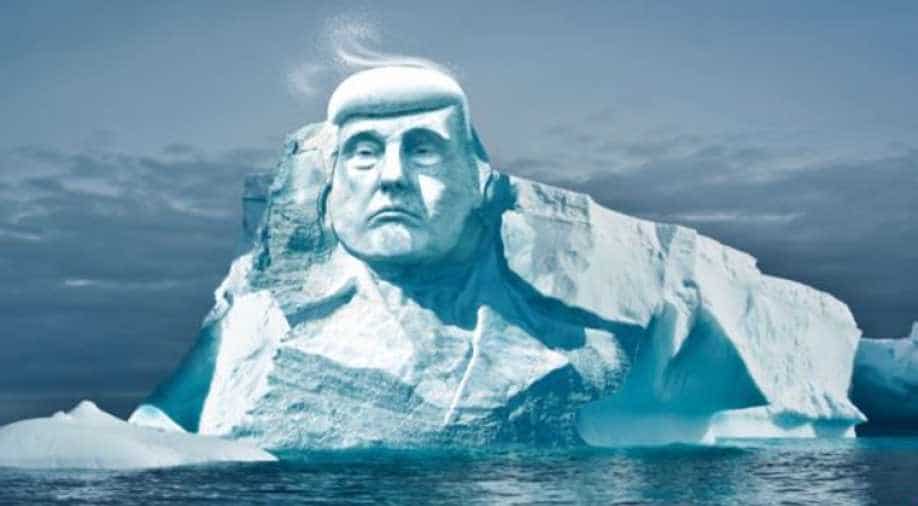 Finnish NGO 'Melting Ice' is set to carve Trump's face in the Arctic region. Photograph:( Others )

In a tweet last year, US president Donald Trump had said in the East, it could be the coldest New Year’s Eve on record, perhaps we could use a little bit of that "good old Global Warming that our country", but not other countries, was going to pay trillions of dollars to protect against.

Trump's tweet had caused global outrage with several scientists and environmentalists hitting back at the President asserting that global warming couldn't be taken lightly.

The initiative known as "Project Trumpmore" will reportedly itch Trump's face in a 115-foot iceberg in the Arctic in an attempt to show that global warming actually exists.

Last year, Trump had announced the US would be pulling out of the 2015 Paris Agreement on climate change, an initiative of the United Nations, saying it would undermine the US economy with several experts criticising the US president's move.

In a televised address, Trump had said: "The bottom line is that the Paris accord is very unfair at the highest level to the United States, it undermines our economy, hamstrings our workers and "effectively decapitates our coal industry."

The Finnish NGO is reportedly looking funding, once they are able to get it, the organization says Mongolian and Finnish ice sculptors will carve the statue which would be broadcast live on the web.