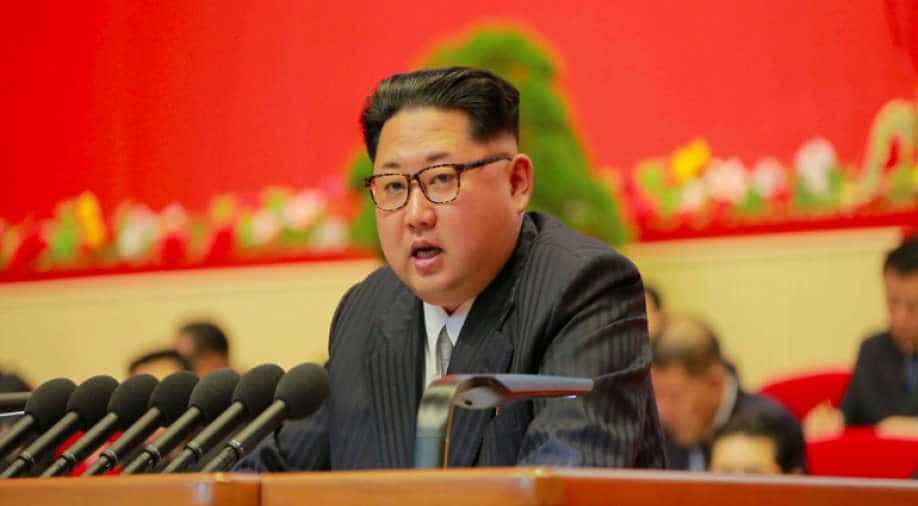 North Korea has come under growing diplomatic pressure since its January nuclear test and a long-range rocket launch in February. Photograph:( Twitter )

The North's state television said Kim was made chairman of the state affairs committee, a body that appears to be newly formed and whose function was not immediately clear.

He also has the titles of the Dear Respected Comrade Kim Jong Un, Chairman of the Workers' Party of Korea, First Chairman of the National Defence Commission of the Democratic People's Republic of Korea and Supreme Commander of the Korean People's Army.

Kim, believed to be in his early 30s, attended the assembly meeting today. He also holds the rank of marshal in the North Korean military, and is more usually referred to "our marshal" in propaganda and common parlance.

The parliament meets once or twice a year to formally approve budgets or policies set out by the ruling Workers' Party. It also has the authority to grant Kim new titles or positions within North Korea's opaque leadership structure.

The meeting was called to implement policy aims stated in a rare Workers' Party congress in May, during which Kim Jong Un announced a five-year economic plan.

North Korea referred to the missile as a "Hwasong-10" and said the test did not put the security of neighbouring countries at risk.