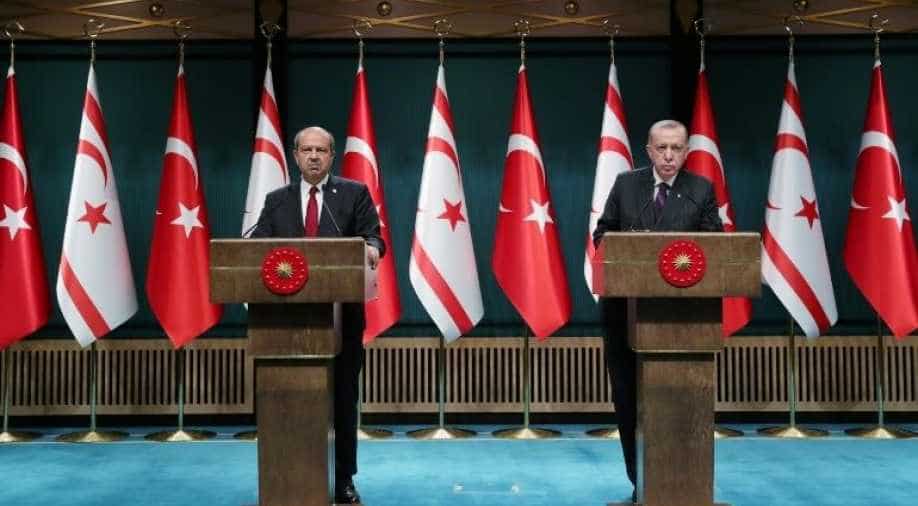 Northern Cyprus said on Tuesday it will reopen the coastal section of the long-fenced-off disputed town of Varosha, a Turkish Cypriot leader announced Tuesday ahead of elections at the weekend.

The move has been condemned by Greek Cypriots and is likely to conjure up memories of the 1974 Turkish invasion that partitioned the island.

It could weigh on Turkey's dispute with European Union members Cyprus and Greece over territorial rights in the Eastern Mediterranean. Tensions had eased after Ankara and Athens agreed to resume talks, but Cyprus, a close ally of the Greece, promptly condemned the move to partially reopen the abandoned resort and said it would file a recourse to the United Nations Security Council.

The internationally-recognised government of the divided Mediterranean island swiftly condemned the decision as a "pre-election stunt" and said it would lodge protests to the UN Security Council and European Union.

Speaking after a meeting in Ankara with Turkey's President Recep Tayyip Erdogan, Turkish Cypriot premier Ersin Tatar told reporters that "the coast will open to the public from Thursday morning".

EU foreign policy chief Josep Borrell said the bloc was "very concerned" about the announcement concerning Varosha -- part of the wider Famagusta area -- and stressed the "urgency of restoring confidence and not of creating greater divisions."

The Turkish army has kept Varosha fenced off since its Greek Cypriot residents fled when it invaded northern Cyprus in 1974 in response to an Athens-engineered coup attempting to unite the island with Greece.

Backed by Ankara, right-winger Tatar is running in Sunday's presidential election in northern Cyprus against the incumbent, Mustafa Akinci, seen as a pro-reunification moderate.

Turkey, the only country that recognises the self-proclaimed Turkish Republic of Northern Cyprus (TRNC), has long planned to open Varosha.

Erdogan on Tuesday welcomed Tatar's announcement as a "courageous decision".

"We hope Varosha will entirely open. We are ready to give any support to TRNC officials on this issue," Erdogan said.

In northern Nicosia, an angry Akinci said the Varosha announcement made in Ankara amounted to "interference in our elections" and a "disgrace for our democracy".

Cyprus government spokesman Kyriakos Kousios said it "strongly condemns the decision of occupier Turkey and its applauder Ersin Tatar to extend entry to the Varosha coast".

It was "a pre-election stunt created in Ankara, on the eve of an election for a new Turkish Cypriot leader", he said.

"This provocative and illegal action by Turkey will be denounced to the UN Security Council, EU and all international forums."

The Security Council has passed several resolutions calling for UN administration of Varosha and for its original Greek Cypriot residents to return.

In Brussels, EU enlargement commissioner Oliver Varhelyi warned Tuesday that the Varosha announcement "does not help de-escalation in the region".

Borrell said that the "events will cause increased tensions and risk complicating the efforts to resume talks on the settlement of the Cyprus issue."

UK warships to head for Black Sea in May as tensions rise: Report