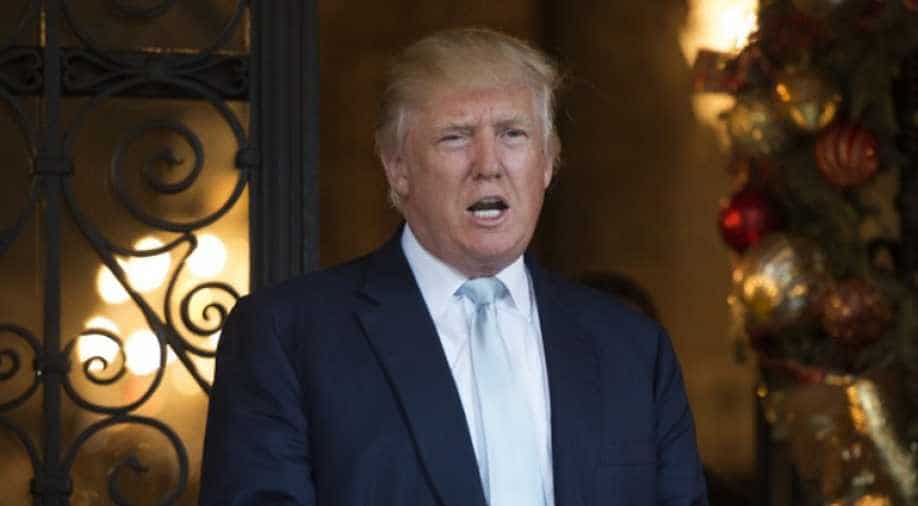 The Republican-led US Congress begins a new session on Tuesday where it will start laying plans for enacting President-elect Donald Trump's agenda of tax cuts, repeal of Obamacare and the rollback of financial and environmental regulations.

With Trump set to be sworn in as president on January 20, Republican lawmakers hope to get a quick start on priorities that were blocked during Democratic President Barack Obama's eight years in the White House.

Since his election on November 8, the Republican president-elect has made clear he wants to move swiftly to enact proposals he outlined during the campaign such as simplifying the tax code, slashing corporate tax rates and repealing and replacing Obama’s signature health insurance program known as Obamacare.

Last month Senate Majority Leader Mitch McConnell, a Republican, said that before the election, he assumed Democrats would take back control of the Senate and hold on to the White House, ending any talk of repealing Obamacare.

"I didn't think...Trump had a chance of winning," McConnell said in a December 19 interview with Kentucky Educational Television.

The opposite occurred and now Republicans find they have to deliver on their campaign promise, even though they have not agreed on a replacement healthcare program.

Trump kept up his attack on the law on Tuesday, tweeting: "People must remember that ObamaCare just doesn't work, and it is not affordable," and adding, "It is lousy healthcare."

The first meeting of the 115th Congress will be full of ceremony, as the 435 members of the House of Representatives and a third of the 100-member Senate are sworn in.

Amid the celebration will be a move by House Republicans to clear the decks for Obamacare repeal.

That will come in the form of a vote on rules governing House procedures in the two-year term of the chamber. Tucked into the rules package is a move to prevent Democrats from slowing or stopping Obamacare repeal legislation because of the potential cost to the US Treasury of doing so.

Leading Democrats warned on Monday of a fierce battle over Obamacare.

"We're going to fight as hard as ever to protect the ACA (Affordable Care Act)," said Representative Steny Hoyer, the House's second-ranking Democrat.

Speaking to reporters, Hoyer and House Democratic leader Nancy Pelosi said they would launch an effort to mobilise grassroots support for Obamacare by explaining how repeal would create a ripple effect hurting a majority of Americans.

Obama is scheduled to meet on Wednesday with congressional Democrats to discuss strategies for fending off the Republican attacks on Obamacare.

The Senate will kick off hearings on Trump's choices to head his Cabinet departments and other top jobs in the new administration.

Prominent Republican Senator John McCain has warned that Rex Tillerson, Trump's choice for secretary of state, will have to explain his relations with Russian President Vladimir Putin, whom McCain has called a "thug and a murderer".

Tillerson, who spent much of his career at Exxon Mobil Corp, has been involved in business dealings in Russia and opposed US sanctions against Moscow for its incursion into Crimea.

While McConnell repeatedly called for removing Obamacare "root and branch," he said in the Kentucky television interview that his top priorities for the new Congress were dealing with the "massive overregulation" he said had been a brake on the US economy and accomplishing tax code changes to stop companies from moving jobs offshore.

Republican lawmakers also want to curtail or block regulations aimed at controlling industrial emissions that contribute to climate change, and roll back banking industry reforms enacted after the near-collapse of Wall Street in 2008.

Republicans might use upcoming spending bills funding government agencies to try to kill some of those regulations. Trump is also expected to try to use his executive powers toward that end.

Republicans will hold a slightly smaller majority in both the Senate and House than they enjoyed the past two years. That means Democrats will still have bargaining power, especially on issues that divide Republicans, such as spending priorities.