Mugabe to be buried in a month at Zimbabwe's 'heroes' monument 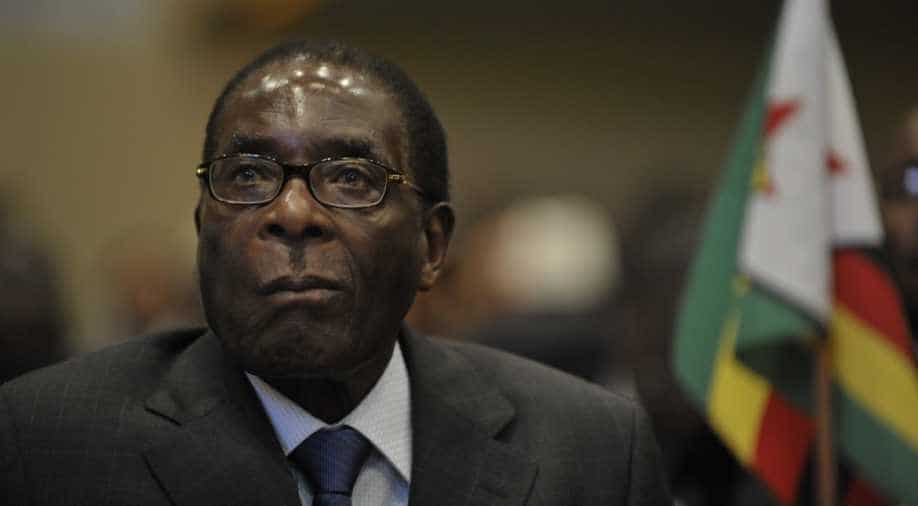 Mugabe died in Singapore last week aged 95, leaving Zimbabweans divided over the legacy of a leader once lauded as an anti-colonial guerrilla hero, but whose 37-year iron-fisted rule ended in a coup in 2017.

Former Zimbabwe leader Robert Mugabe's family and the government on Friday said he would be buried in about a month after they agreed to entomb him at a monument for national heroes in Harare.

Mugabe died in Singapore last week aged 95, leaving Zimbabweans divided over the legacy of a leader once lauded as an anti-colonial guerrilla hero, but whose 37-year iron-fisted rule ended in a coup in 2017.

His family and President Emmerson Mnangagwa, a former Mugabe ally who turned against him, had been at odds over where and when he would be buried after his body returned home on Wednesday from Singapore.

On Friday, they agreed he would be buried at the National Heroes Acre, but the final ceremony will only take place in 30 days after a new mausoleum is built for Mugabe.

"The government, the chiefs, the traditional leaders went to the Heroes Acre they showed each other where President Mugabe is going to be buried and that place will take about 30 days to complete," his nephew Leo Mugabe said.

Mnangagwa confirmed the burial would only take place once a new site had been built there for the former leader.

"We are building a mausoleum for our founding father on top of the hill at (the) Heroes Acre," he said.

Around a dozen African leaders and former presidents, including South Africa's Cyril Ramaphosa, are among those expected to attend Mugabe's official state funeral on Saturday in Harare in a sports stadium.

Tensions had erupted when Mnangagwa's government proposed a burial at the monument while the family said he would be buried at a private ceremony, possibly in his homestead of Kutama, in the Zvimba region, northwest of the capital.

Leo Mugabe said Mugabe's body would go to Zvimba for villagers to pay their last respects at the weekend and returned to Harare while the new tomb was built.

The former leader had been travelling to Singapore regularly for medical treatment but allies say his health deteriorated rapidly after his ouster.

Some of Mugabe's relatives are still bitter over how he was removed from power, and the role Mnangagwa played in his ouster.

Mugabe dismissed Mnangagwa as first vice president in 2017 -- a move many perceived as a bid to position his wife Grace to succeed him after nearly four decades of autocratic rule.

Soon after, Mugabe was toppled by protesters and the army in what was seen as part of a power struggle within the ruling ZANU-PF party between pro-Mnangagwa factions and Mugabe loyalists siding with Grace.

He remained free in Zimbabwe with his family after he was forced from office.

Zimbabweans have been split over the death of a man who some still praise for ending white-minority rule and widening access to health and education to the poor black majority.

But many Zimbabweans remember his tyrannical leadership and economic mismanagement that forced millions to escape a country ravaged by hyper-inflation and shortages of food, drugs and fuel.

"We are happier now that he is gone. Why should I go to his funeral? I don't have fuel," said Constance, 52, a Harare housewife. "We don't want to hear anything about him anymore. He is the cause of our problems."

Mugabe's legacy is also marked by a crackdown known as Gukurahundi, which killed an estimated 20,000 alleged "dissidents", and his violent seizure of white-owned farms that made him an international pariah.

Mnangagwa himself is under pressure after promising a new post-Mugabe era of more investment and jobs after he came to power, with little success.

His government's fuel price hike this year sparked protests which led to a crackdown on opposition and clashes in which soldiers opened fire killing 17 people.