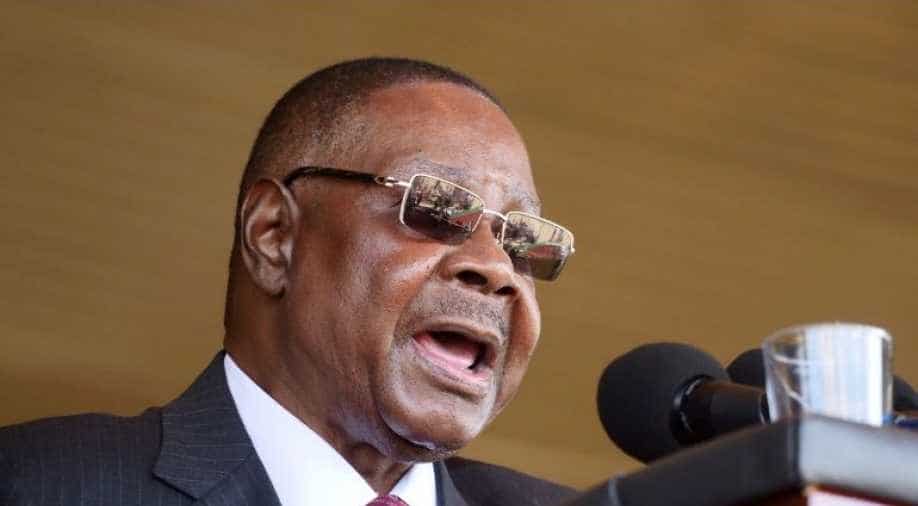 Malawi's economy will grow 5% in 2019, President Peter Mutharika promised on Friday, in a state of the nation address boycotted by the opposition who again clashed with police in more protests against a recent vote.

The president narrowly won re-election in May by just three percentage points over opposition leader Lazarus Chakwera in a bruising race marked by claims of rigging against Mutharika's Democratic Progressive Party (DPP).

Opposition supporters burned tires and hurled rocks, overwhelming police as they converged on the Constitutional Court, which ruled on Friday that the election dispute must go to trial after the case was referred to it by a lower court. Soldiers were deployed to surround the court.

Addressing legislators from his party along with a few independents, Mutharika accused the opposition of trying to sabotage the economy and engage mercenaries to spread chaos.

On the economy, he promised to continue with efforts to keep inflation and interest rates low and comply with policy conditions on a $112 million International Monetary Fund loan.

Mutharika, 78, a former law professor, presided over improvements to infrastructure and a slowdown in inflation during his first five-year term, but critics accuse him of corruption and cronyism

He said this year's anticipated growth of 5 per cent, up from around 4 per cent in 2018, would be driven by increased production in agriculture and supported by mining, ICT, and financial services.

The small, landlocked nation of under 20 million people won independence from Britain in 1964.

After an initial period of economic and social stability, it is now among the world's poorest countries, reliant on donor funding and tobacco and tea exports.

It suffers regular blackouts and unemployment is high.