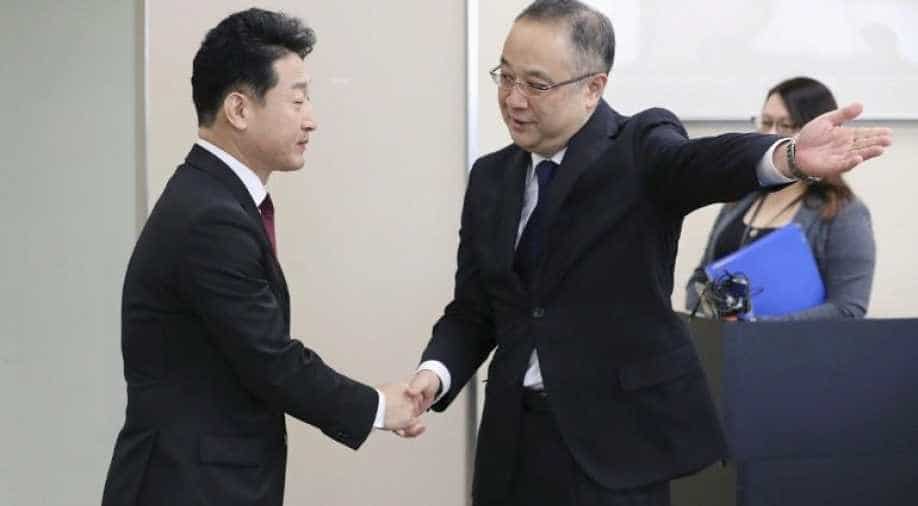 Japan imposed the curbs on exports to South Korea of three materials used to make semiconductors in July, threatening a pillar of the South Korean economy and the global supply chain of chips

Senior Japanese and South Korean trade officials met on Monday for the first time since Japan imposed controls on exports to its neighbor of high-technology materials, plunging testy relations between the US allies into a new crisis.

Japan imposed the curbs on exports to South Korea of three materials used to make semiconductors in July, threatening a pillar of the South Korean economy and the global supply chain of chips.

Japan cited its concern about insufficient South Korean controls on the materials, suggesting they might have been shipped to North Korea, although the curbs came as relations soured over a dispute over Japan's wartime actions.

Yoichi Iida, director-general at the Japanese trade ministry's trade control department, and his South Korean counterpart Lee Ho-Hyeon met in Tokyo for the first senior-level bilateral talks in three and a half years.

The two made no comment to each other or to media as they shook hands at the beginning of their meeting.

On their agenda will be Japan's tighter rules on its exports and its removal of South Korea from its list of countries with fast-track trade status.

South Korea responded by dropping Japan from its favored-trade list and threatening to end security cooperation.

Japan's chief cabinet secretary Yoshihide Suga played down expectations for any quick solution to the dispute on Monday.

"We look forward to a comprehensive assessment," Suga told a news conference, suggesting a solution would take time.

Relations between the neighbors have been plagued for years for bitterness over Japan’s colonisation of the Korean peninsula from 1910 to 1945, which saw forced use of labor by Japanese companies and the use of “comfort women”, a Japanese euphemism for girls and women, many of them Korean, forced to work in its wartime brothels.

Japan's July trade restrictions came as it complained of the erosion of trust with South Korea after a South Korean court ruled last year that Japanese companies had to pay compensation to South Koreans forced to work in Japanese factories during Japan’s occupation.

Japan believes the issue was settled under a 1965 treaty and the court ruling violated international law.

The trade dispute has raised fears about security cooperation although South Korea last month decided to retain an intelligence-sharing pact with Japan, after threatening to end it.