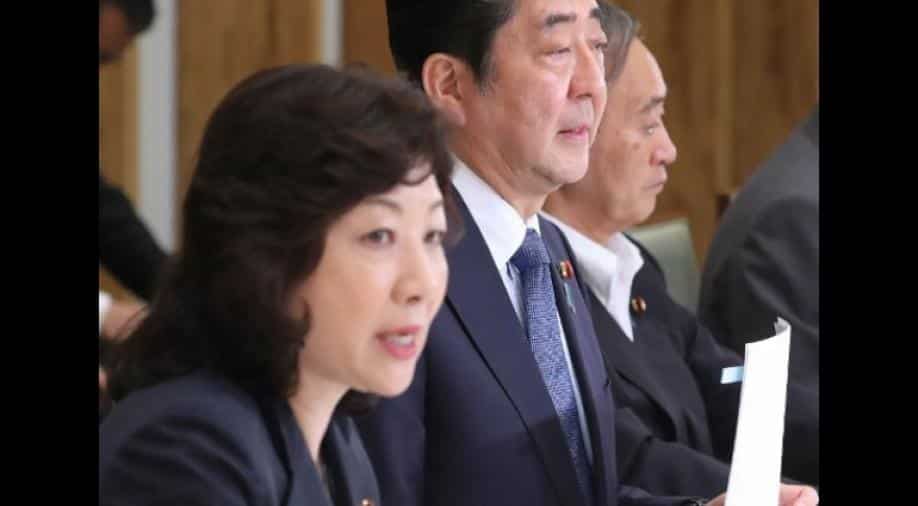 Chief Cabinet Secretary Yoshihide Suga, who was reappointed, announced the lineup for the new cabinet, with key ministers including finance minister Taro Aso and foreign minister Taro Kono staying on.

But Itsunori Onodera, defence minister since August 2017, was replaced by Takeshi Iwaya, 61, a veteran politician who has had short stints in roles including vice minister for defence and foreign affairs.

"It was no surprise that Abe focused on stability rather than a challenge," said Tomoaki Iwai, professor of Japanese politics at Nihon University.

"Abe prioritised imminent tasks such as a fight against deflation so that he can consolidate his power before tackling a revision of the constitution," Iwai told AFP.

After winning a historic third term as LDP head last month, Abe vowed to press ahead with plans to revise Japan's pacifist constitution, which remains a controversial proposition.

Iwaya takes over as Japan continues to focus on the threat posed by North Korea despite easing tensions on the Korean peninsula and international negotiations on Pyongyang's denuclearisation.

In an annual defence review released in August, the defence ministry said North Korea remained a "serious and imminent threat".

Iwai said the new defence chief was something of an unknown quantity.

"Iwaya is not a novice on defence but is also not as experienced as Onodera," he said.

Newcomers to Abe's cabinet include Satsuki Katayama, the new minister for promoting local economies, who will be the sole female member of the cabinet.