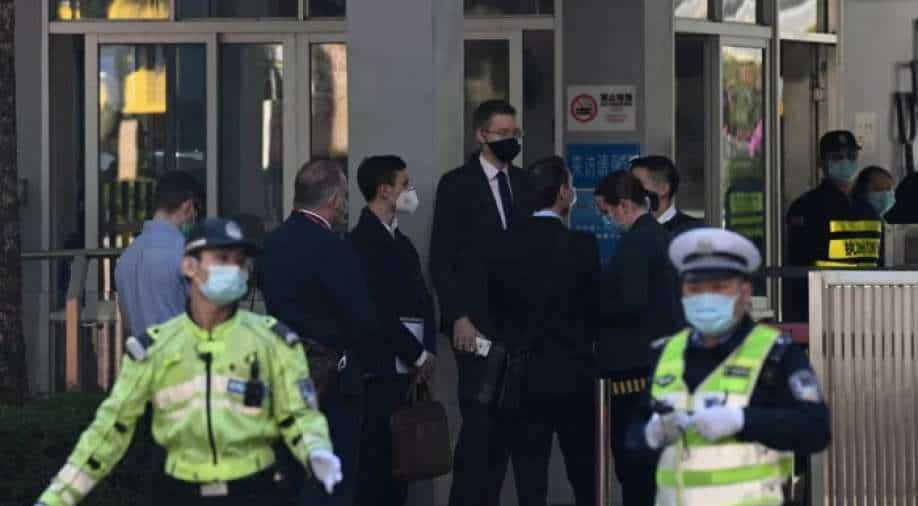 The charges represent the most sweeping use yet of Hong Kong's new security law, which punishes what it broadly defines as secession, subversion, terrorism and collusion with foreign forces with up to life in prison.'

A Hong Kong court will hear on Friday an appeal by as many as 21. activists against a decision last week to deny them bail in a widely monitored case of 47 opposition figures charged with conspiracy to subvert the government.

The charges represent the most sweeping use yet of Hong Kong's new security law, which punishes what it broadly defines as secession, subversion, terrorism and collusion with foreign forces with up to life in prison.'

Five of the 47 have already been granted bail, with nine awaiting the High Court to rule over a prosecutors' appeal against an earlier decision to release them. One other was remanded in custody following a successful appeal by prosecutors.

On Friday, 21 other defendants previously denied bail were expected in court for their own appeal.

Eight others have decided not to appeal and will be in custody until the next hearing in the case on May 31.

The 47 activists are accused of organising and participating in an unofficial, non-binding primary poll in July 2020 that authorities said was part of a "vicious plot" to "overthrow" the government.

The detentions have been fiercely criticised by governments in the West, including Britain and the United States.

Hong Kong's Department of Justice has said no one should interfere with independent prosecutorial decisions. Supporters of the new law say it has restored stability after months of pro-democracy protests in 2019.

The case offers an insight into how the mainland-style justice drafted by Beijing into the security law clashes with the global financial hub's common-law traditions, and is being closely watched by foreign diplomats and rights groups. In contrast with past practice, the new security law puts the onus on defendants to prove they will not pose a security threat if released on bail.