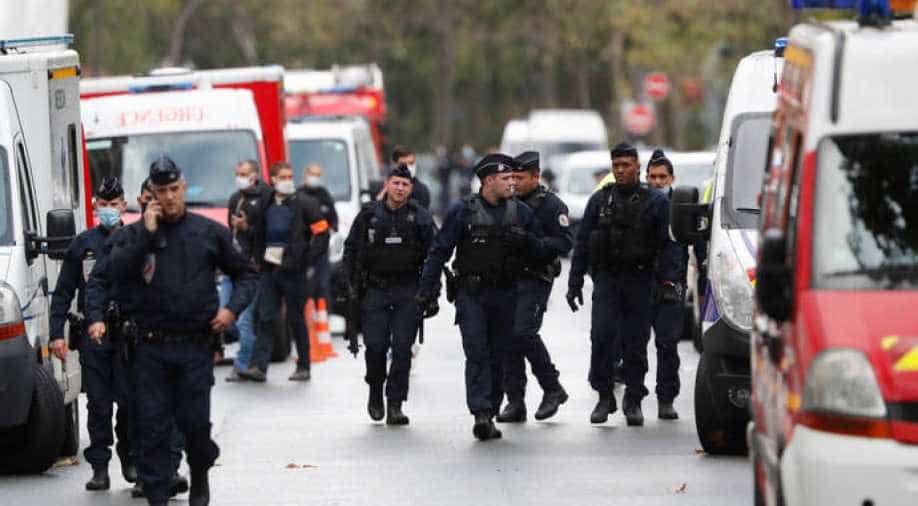 Nine people were still under arrest, including the suspected perpetrator of Friday's attack that left two badly wounded outside Charlie Hebdo's former offices in Paris.

French investigators were Sunday studying a video claiming responsibility for the meat cleaver attack in Paris that targeted satirical weekly Charlie Hebdo as the government condemned an act of "Islamist terrorism".

Nine people were still under arrest, including the suspected perpetrator of Friday's attack that left two badly wounded outside Charlie Hebdo's former offices in Paris.

The man is an 18-year old born in Pakistan named as Hassan A, according to a source close to the investigation.

He told investigators he had carried out the attack to avenge the republication of cartoons of the Prophet Mohammed by Charlie Hebdo, which was the target of a January 2015 massacre by Islamist gunmen.

The investigators were now seeking to authenticate a video which they believe could show Hassan A. announcing he was about to carry out the attack.

"We see him crying, chanting. He claims in advance his act by evoking the republication of the caricatures," said the source, who asked not to be named.

"It is a kind of manifesto, he announces he is going to act," explained the source, adding: "It is not a claim of allegiance to an organisation."

The suspect was born in the Pakistan town of Mandi Bahauddin and while he speaks a little French he has needed a translator during questioning, the source close to the investigation said.

He is believed to have entered France three years ago while still a minor and had showed no risk of radicalisation despite once being stopped for carrying a weapon.

- 'At war with Islamic terrorism' -

The two people wounded were employees of prize-winning TV production agency Premieres Lignes, whose offices are in the same block that used to house Charlie Hebdo in the centre of the capital .

However it is not believed that the two, whose lives are not in danger, were specifically targeted.

The man mistakenly believed Charlie Hebdo's offices were still in that building and wanted to attack journalists from the magazine, according to his statement to investigators.

One person arrested was released overnight. But as well as the main suspect eight others were still being held.

They include his younger brother and people who lived with him at his last place of residence in northern Paris.

Police on Sunday also detained a woman who had been living at the same residence, a judicial source said, without giving further details.

The arrests were aimed at understanding the "environment" of the main suspect, a source close to the case said, adding: "Everything leads us to think he acted alone."

An Algerian man, detained close to the scene of the attack, had also been released. His lawyer said her client had actually been "heroically" chasing the attacker.

The attack came three weeks into a trial in Paris of suspected accomplices in the January 2015 attacks on Charlie Hebdo, a policewoman and a Jewish supermarket that left 17 people dead.

The bloodshed heralded a wave of Islamist violence in France that has so far left 258 people dead.

Interior Minister Gerald Darmanin acknowledged that the authorities could have become complacent over the terror risk after a relative lull in high-profile attacks in recent years.

"We are in an extremely critical situation, we are at war with Islamist terrorism. Maybe, collectively, we put this behind us," he said.

Darmanin said the threat was still real, noting 32 attacks had been foiled over the last three years. "It is around once a month," he said.

President Emmanuel Macron's centrist government has in recent weeks begun using increasingly tough rhetoric on domestic security issues in what analysts see as a shift to the right.

Macron's anti-terror advisor Laurent Nunez told AFP that France had "improved in the detection" of extremists but "still had to tighten the net more".