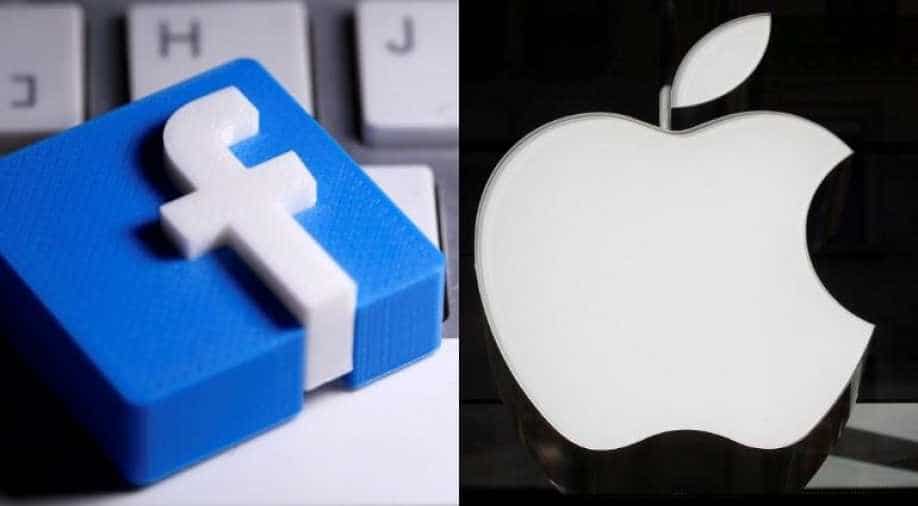 Apple said its new rules will not require Facebook to change its "approach to tracking users and creating targeted advertising" but instead requires Facebook to give users on Apple devices a choice of whether to opt in to those practices.

Facebook Inc has accused rival Apple Inc of engaging in anticompetitive practices -- firing another shot in a months-long standoff between the two tech giants.

The tiff between the two giants began over Apple's planned privacy changes for iOS14.

"Apple is behaving anticompetitively by using their control of the App Store to benefit their bottom line at the expense of creators and small businesses. Full stop," Facebook Vice President for Ads and Business Products Dan Levy told reporters.

In response, Apple said its new rules will not require Facebook to change its "approach to tracking users and creating targeted advertising" but instead requires Facebook to give users on Apple devices a choice of whether to opt in to those practices.

“We believe that this is a simple matter of standing up for our users. Users should know when their data is being collected and shared across other apps and websites — and they should have the choice to allow that or not," Apple said in a statement.

The world's biggest social media company ran full-page ads in major newspapers criticising Apple's plans, which will limit apps' ability to gather data from people's phones that can be used for targeted advertising.

It said in a blog post that Apple's own personalised ad platform would be exempt from the new prompt requirement the iPhone maker is planning to impose on other companies.

Apple said in June that such activity will require a pop-up notification asking iOS users for "permission to track you across apps and websites owned by other companies," which digital advertising firms expect most will decline.

Levy said that although Facebook disagreed with Apple's approach, it would comply with the new rules and display a prompt. "We don't have a choice if we want our app to be available in the App Store," he said.

Facebook and Apple have also tangled over commission fees the iPhone maker charges apps listed on iOS devices, with Facebook again aligning itself with small developers most affected by the policy.

Facebook said in a blog post that it was "committed to providing relevant information" in a federal antitrust lawsuit filed by Epic Games challenging the commission fee rules, but declined to specify how it would participate in the litigation.

Opposition against Apple continued to grow on Wednesday as Digital Content Next, a digital media trade association representing members such as The New York Times and The Washington Post, said it had joined the Coalition for App Fairness.

The nonprofit, which includes members like Epic Games and Spotify, is calling on regulators around the world to fight "anticompetitive" app store practices such as Apple's 30% revenue cut on purchases made within apps.

Facebook previously tried to push a notification to its users about Apple's fees but said Apple rejected its "transparency notice."