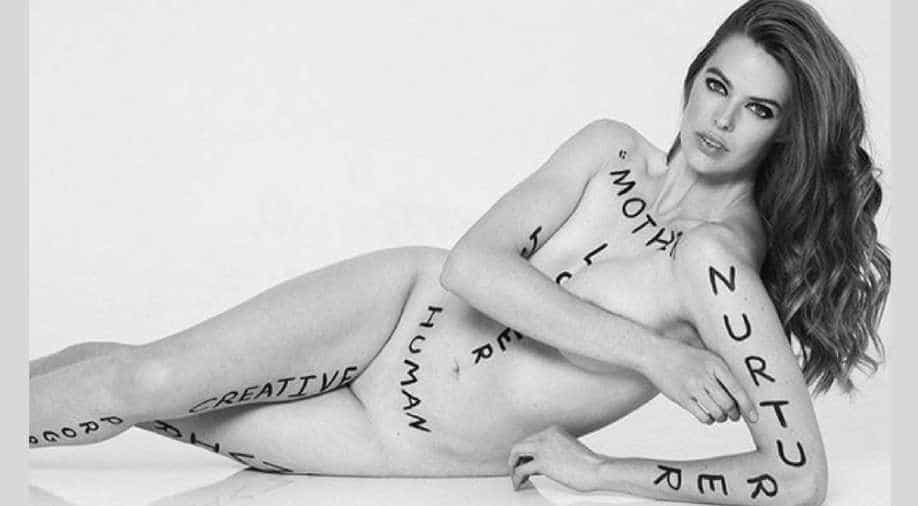 In the wake of women sharing personal sexual abuse and harassment stories as part of the ongoing #MeToo campaign, 'Sports Illustrated' magazine has come out with its first-ever nude photo series honouring the movement.

The photo series is called "In Her Own Words" and features models including Sailor Brinkley Cook, Robyn Lawley and Paulina Porizkova. The models can be seen posing nude with various words written across their bodies in black marker.

The magazine as part of a preview of the issue shared some photos of the models on its official Instagram page. The models can be seen posing in different positions -- with the phrases, they chose to endorse. Model Robyn Lawley opted for the words “Mother” and “Nurturer,” among others, while Sailor Brinkley Cook chose “Artist” and Paulina Porizkova got “Truth" written.

IN HER OWN WORDS: #SISwim models celebrate more than just their bodies in candid, new project. (????: @taylorbphoto)

In the issue, Porizkova said, “It’s even more naked than naked. I wanted to say that I’m not ashamed of my body and you shouldn’t be ashamed of your body, no matter what age you are." "We all want to live according to our own truths. We want to be true to ourselves so truth is what matters more than anything.”

Cook, daughter of former SI Swimsuit model Christie Brinkley, said of her experience: “It was really special to be a part of this and get to express myself in a very raw, uncensored way. Having these words written all over your naked body and having that next level of exposure — I felt sexy obviously but I felt more emotional and it helped me accept myself.”

Here's a sneak peek at this year's one-of-a-kind IN HER OWN WORDS project. ✨We can't wait to show you the rest when #SISwim 2018 launches next week! @sailorbrinkleycook @robynlawley @paulinaporizkov

The magazine declared that the shoot was entirely concluded by an all-female crew. The shoot was done by photographer Taylor Ballantyne.

It is subject to television special airing on Sports Illustrated TV next week, coinciding with the release of the issue.