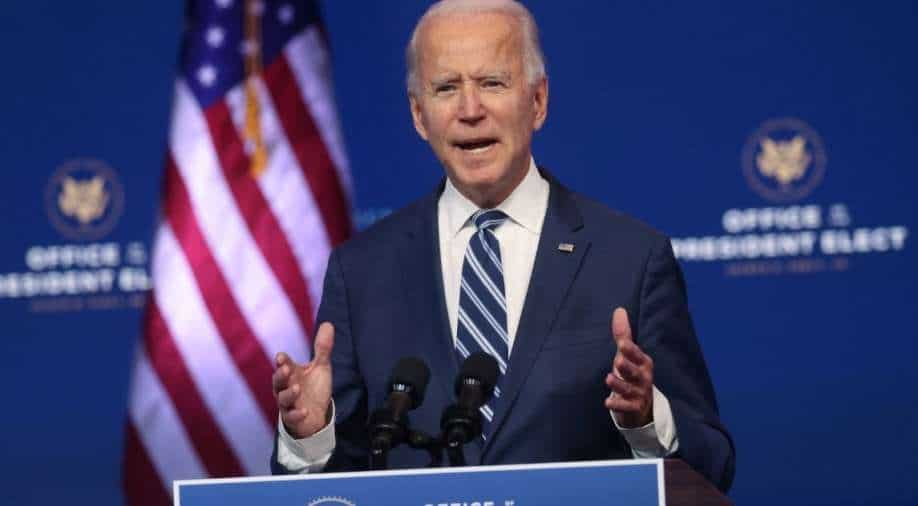 The counties won by President-elect Joe Biden experienced worse job losses, on average, during the initial wave of pandemic layoffs than the counties where President Donald Trump was strongest in his bid for reelection

The counties won by President-elect Joe Biden experienced worse job losses, on average, during the initial wave of pandemic layoffs than the counties where President Donald Trump was strongest in his bid for reelection.

After the worst of the downturn in April, many of the most affected red counties recovered far more swiftly than blue counties did. By September, as unemployment fell nearly everywhere, blue counties were more likely to have higher unemployment rates.

The economy is usually a big issue in election battles, and this election season saw both historically low levels of unemployment before the pandemic and later the worst rates of job loss since the Great Depression.

Trump’s supporters said consistently as the election approached that the health of the economy was important to them. In exit polls conducted by Edison Research, among those who said the economy mattered the most across a range of issues, 83% voted for Trump, compared with only 17% who supported Biden.

This gap in unemployment between Trump and Biden counties plays out on a state level as well and has persisted even after many people returned to work.

Research has shown that Democratic areas, which tend to be more urban and have higher concentrations of service jobs, were particularly devastated by the economic fallout early in the pandemic. Many of these blue-leaning areas, including Clark County, Nevada, home to Las Vegas, rely on tourism. Miami-Dade County, Florida, is another blue county where the disappearance of tourists damaged the economy.

In states such as Alabama and Mississippi, blue-leaning counties also have higher concentrations of Black residents — a group that has been disproportionately vulnerable to job loss and has lagged behind white workers during the economic crisis.

This pattern, however, does not hold true in every part of the country. The state with the highest county unemployment rates in April was Michigan, with 1 out of every 3 residents in some counties out of work. Several of the worst-hit counties in Michigan went on to vote for Trump.

According to Steven R. Miller, an economist at Michigan State University, unemployment levels in the state can be at least partly explained by underlying seasonal trends. Rural Cheboygan and Mackinac counties, which had the two highest unemployment rates in the country in April, rely heavily on outdoor recreation and tourism. Both had high unemployment rates before the virus outbreak during the offseason months of January and February, but as people spent time outdoors for pandemic-safe recreation over the summer they bounced back. “Over the summer what was surprising is that tourism and outdoor activities actually picked up,” Miller said. “These northern counties had somewhat of a positive economic offset.”

Both Cheboygan and Mackinac counties went to Trump by more than 20 percentage points.

Those summertime economic boosts, however, will not sustain many rural counties through the fall and winter. While the economy has been slowly adding back jobs since April, the current surge of cases spreading through the middle of the country could squeeze the economy, including in places that have so far escaped the worst job losses.