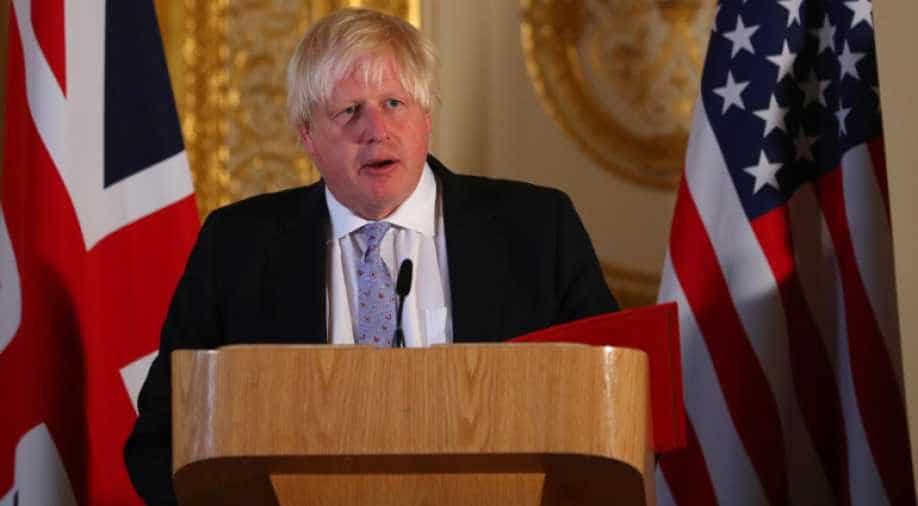 David Norgrove, of the UK Statistics Authority, said he was "surprised and disappointed" that Johnson?was still quoting a figure that confused gross and net contributions.

Britain's foreign minister Boris Johnson was accused by cabinet colleagues on Sunday of "backseat driving" on Brexit after setting out his own vision of the country's future outside the European Union.

Only days before Prime Minister Theresa May is due to speak in Italy about Britain's planned EU departure, Johnson on Saturday published a 4,300-word newspaper article that roamed well beyond his ministerial brief and, in some cases, the approach set out by the government.

Interior minister Amber Rudd said it was "absolutely fine" for the foreign secretary to intervene publicly but that she did not want him managing the Brexit process.

"What we've got is Theresa May managing that process, she's driving the car," Rudd told the BBC's Andrew Marr on Sunday.

Johnson's article re-ignited speculation that he would challenge May for the leadership of the Conservative Party.

Rudd, however, said she did not think Johnson was laying the groundwork to challenge May.

"I think that he, like I, supports the prime minister at this difficult time as we try to conclude the negotiations with the EU," she said.

May's deputy, Damian Green, also weighed in, saying that Johnson had written a "very exuberant" article but it was "absolutely clear to everyone that the driver of the car in this instance is the prime minister".

Johnson wrote in the Daily Telegraph that Britain would not pay to access the EU market in the future. Once out of the EU, the country should borrow to invest in infrastructure, reform the tax code and set immigration levels as it sees fit, he said.

Johnson also repeated the Brexit campaign claim that the government would be 350 million pounds ($476 million) a week better off outside the EU.

Government officials criticised Johnson for repeating the claim, saying the figure does not take into account the funding Britain receives back from Brussels.

David Norgrove, of the UK Statistics Authority, said he was "surprised and disappointed" thatJohnson was still quoting a figure that confused gross and net contributions.

"It is a clear misuse of official statistics," Norgrove said in a letter to Johnson on Sunday.

Johnson said in reply that Norgrove's letter was "based on what appeared to be a wilful distortion of the text of my article" and asked the official to withdraw it.

The timing of Johnson's article -- published a day after a bomb injured 30 people on a train in London -- also drew criticism from some colleagues.

Reacting to the furore his article had generated, Johnson tweeted on Saturday: "Looking forward to PM's Florence Speech. All behind Theresa for a glorious Brexit."