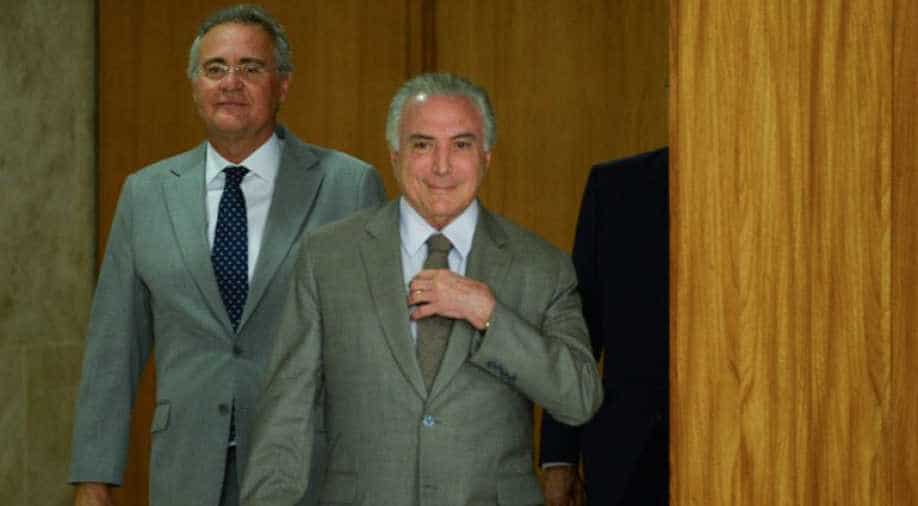 Under fire from a corruption scandal and a persistently deep recession, Brazil's government announced a modest package of economic stimulus Thursday.

President Michel Temer and his economic team, led by Finance Minister Henrique Meirelles, announced measures aimed at easing businesses and injecting life into the moribund economy, at a news conference in the capital Brasilia.

"These are measures... to boost productivity in the country and as a result to lower unemployment," Temer said.

The measures include enabling businesses and individuals to renegotiate debt and obtain new credit, he said.

He also promised "extraordinary simplification" of the process for tax payments in a highly bureaucratic country that requires "excessive time for companies to fill out paperwork."

The attempt to boost business optimism came shortly after the Senate passed a 20-year government spending freeze as part of the government`s unpopular austerity measures.

Temer hopes to push through more controversial changes next, including raising the minimum age for pensions. But he could face a tougher time in Congress as well as public unrest.

The president -- who came to power after the impeachment of Dilma Rousseff earlier this year -- is beset by a sprawling corruption scandal centered on the state oil company Petrobras.

Several of Temer`s ministers have had to resign and he himself has been implicated in plea bargain testimony by executives being prosecuted in the scandal, according to Brazilian media reports.

Brazil`s economy is struggling in its deepest recession and mired in debt. The three major credit agencies have classified the country`s rating as junk status.