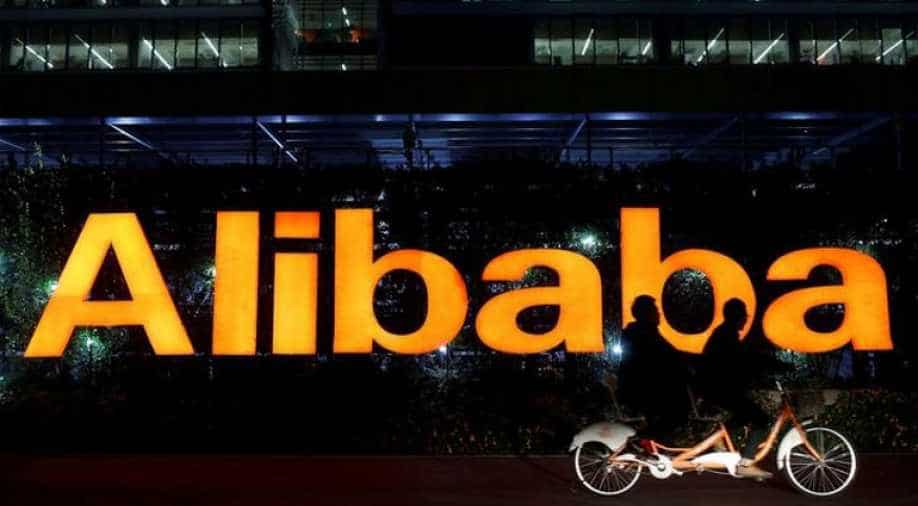 People ride a double bicycle past the Alibaba Group logo, at the company's headquarters, on the outskirts of Hangzhou, China Photograph:( Reuters )

Best, led by Johnny Chou, a former Greater China president for Alphabet Inc's Google, was counting on optimism over China's booming?logistics?market and the?firm's tech-focused approach to delivery services in seeking a high valuation for its shares.

The Hangzhou-based company now plans to raise up to $495 million with the sale of 45 million new American Depositary Shares (ADS) priced in an indicative range of $10 to $11 each, reported IFR, a Thomson Reuters publication.

The IPO previously consisted of 53.56 million new shares and 8.54 million existing shares offered for $13 to $15 each.

The company is set to price the IPO on September 19, with its market debut set for the following day.

The initial terms valued Best at a 2019 forecast price-to-earnings (P/E) ratio of 17.7 to 20.4 times, higher than New York-listed Chinese peer ZTO Express Inc, which raised $1.4 billion in October and trades 13.7 times its 2019 earnings.

Best, led by Johnny Chou, a former Greater China president for Alphabet Inc's Google, was counting on optimism over China's booming logistics market and the firm's tech-focused approach to delivery services in seeking a high valuation for its shares.

But concerns over competition from rivals flush with cash after going public in recent months, as well as rising fuel and labour costs, plus a slump in ZTO's share price prompted some investors to balk at Best's initial pricing, one of the people said.

ZTO's stock has traded below its IPO price since debuting and is down 24 per cent from the listing price.