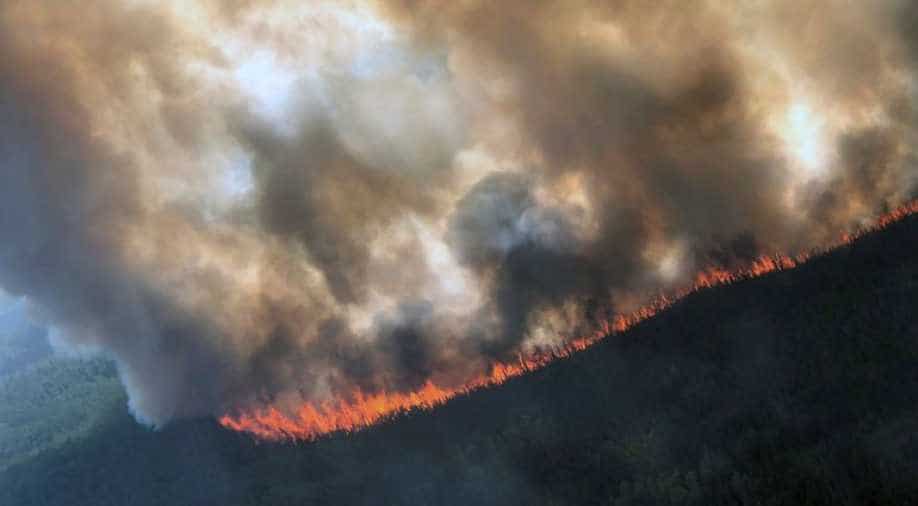 In all, there were 354 wildfires covering 443,211 acres in Alaska as of Sunday morning, according to state and federal fire managers.

In Anchorage, home to about 40 per cent of Alaskans, the National Weather Service issued a dense smoke advisory on Sunday warning against the prolonged outdoor activity, along with advisories for the elderly and the sick to stay indoors.

The culprit is the Swan Lake wildfire to the south in the Kenai National Wildlife Refuge, which has burned since a June 5 lightning strike and consumed more than 68,000 acres, fire managers said.

To the north, in Fairbanks, fire officials ordered evacuations in two areas and told residents in a third to be prepared to leave because of the Shovel Creek Fire, which had grown to 5,568 acres by Sunday.

In all, there were 354 wildfires covering 443,211 acres in Alaska as of Sunday morning, according to state and federal fire managers.

Record warmth and near-record warmth in most of the state has created flammable conditions from the Canadian border in the east to the Bering Sea coast in the west.

Anchorage was one of the areas that saw record-breaking heat in June, which followed a record-warm spring for Alaska as a whole, said Rick Thoman, a Fairbanks-based climate scientist with the Alaska Center for Climate Assessment and Policy.

"This very warm weather, on top of the warm May, the very early snowmelt, then we had those two weeks of lightning strikes -- it’s the classic setup," Thoman said.

Melting glaciers and mountain snowfields are bloating rivers and streams across a large swath of south-central Alaska, the NWS said.

The melt has brought water levels to flood stage at the Yentna River northwest of Anchorage on Sunday, said NWS forecaster Bob Clay.