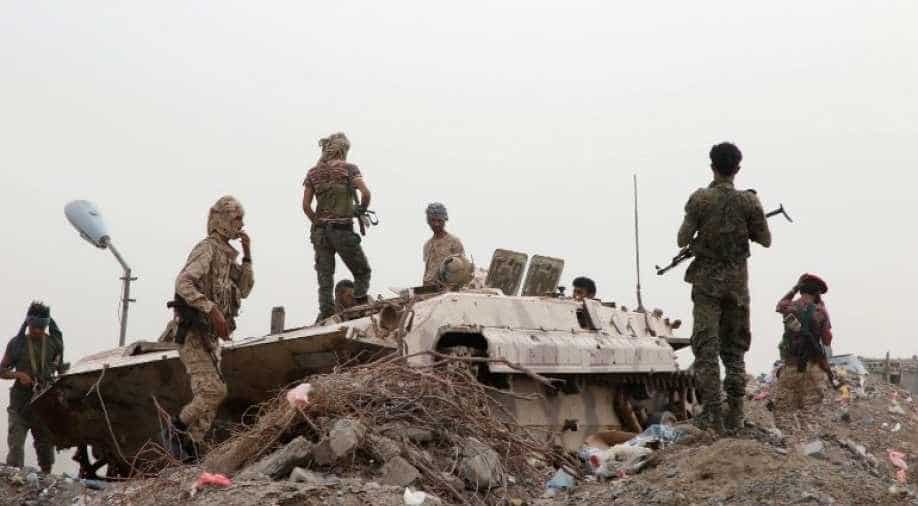 The attacks come despite relative calm in Yemen, where large-scale combat between government troops backed by a Saudi-led military coalition and the Iran-aligned Huthi rebels has largely subsided

Seventeen civilians were killed in an attack in a market in Yemen's northern Saada governorate, the United Nations said, the third deadly assault on the same location in just over a month.

The attacks come despite relative calm in Yemen, where large-scale combat between government troops backed by a Saudi-led military coalition and the Iran-aligned Huthi rebels has largely subsided.

The UN said 12 Ethiopian migrants were among the 17 civilians killed in the incident on Tuesday at the Al-Raqw market in Saada governorate, a Huthi rebel stronghold.

At least 12 people were wounded, it said, without saying who was responsible or what weaponry was used.

The Saudi-led coalition acknowledged on Thursday it had carried out an operation in Monabbih, a Saada district where the market is located.

The Joint Incident Assessment Team (JIAT) which the coalition established but says operates independently will investigate "the possibility of collateral damage", coalition spokesman Turki al-Maliki said in a statement.

The coalition did not provide further details.

An attack on the Al-Raqw market on November 22 killed 10 civilians, again including Ethiopian nationals, and just days later, at least another 10 civilians were killed and 22 wounded in a second such incident.

"The attacks on Al-Raqw market raise deeply troubling questions about the commitment of the parties to the conflict to uphold international humanitarian law," Lise Grande, the UN's humanitarian coordinator for Yemen, said Wednesday.

"Every attack of this kind is a gross violation," she said in a statement.

The UN says 89 civilians have either been killed or wounded in the attacks on the market.

Tens of thousands of people, mostly civilians, have been killed and millions displaced since March 2015, when the Saudi-led coalition intervened in Yemen's conflict.