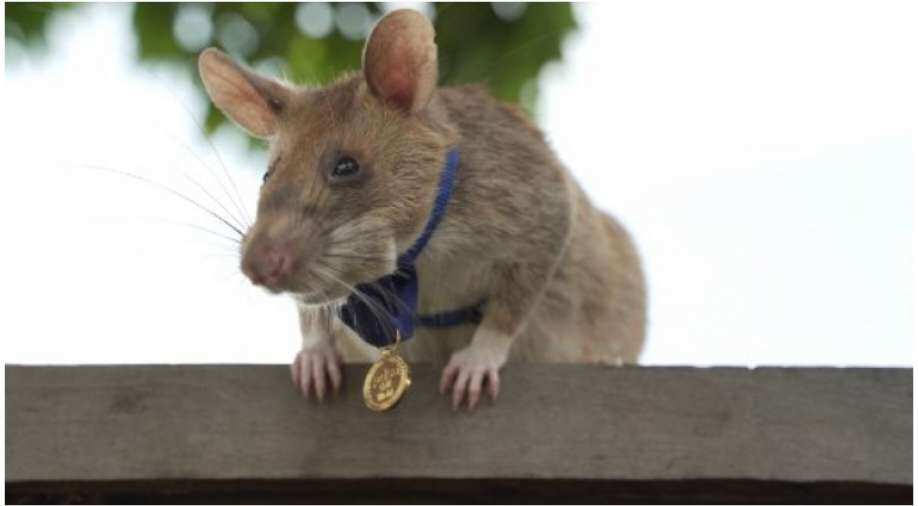 Magawa the rat was able to detect landmines in an area the size of a tennis court in 30 minutes, something that would take four days using a conventional metal detector. He was awarded gold medal for his heroism

Landmines that are already laid in huge numbers are a problem in many countries across the world. These ladmines, often laid during a period of conflict, stay buried even when the conflict is over and continue to kill unsuspecting civilians who happen to step on them. Clearing landmines in peacetime is hence a very important work.

Perhaps because of this death of a gold medal-winning, landmine-sniffing rat is being mourned in Cambodia. The rat was awarded gold medal for his heroism for clearing ordnance from the Cambodian countryside. Magawa the rat's death was announced by his charity on Wednesday.

Magawa, a giant African pouched rat originally from Tanzania, helped clear mines from about 225,000 square metres of land -- the equivalent of 42 football pitches -- over the course of his career.

After detecting more than 100 landmines and other explosives, Magawa retired in June last year.

Magawa passed away "peacefully" this weekend at the age of eight, the Belgian charity APOPO, which trained him, said in a statement.

"All of us at APOPO are feeling the loss of Magawa and we are grateful for the incredible work he's done," the group said.
APOPO said Magawa was in good health and spent most of last week playing with his usual enthusiasm.

But towards the weekend "he started to slow down, napping more and showing less interest in food in his last days," the charity said.

APOPO trained Magawa to detect the chemical compounds in explosives by rewarding him with tasty treats -- his favourites being bananas and peanuts.
He would alert deminers by scratching the earth after using "his amazing sense of smell".

Magawa was able to cover an area the size of a tennis court in 30 minutes, something that would take four days using a conventional metal detector.

In September 2020, the rodent won the animal equivalent of Britain's highest civilian honour for bravery because of his uncanny knack for uncovering landmines and unexploded ordnance. 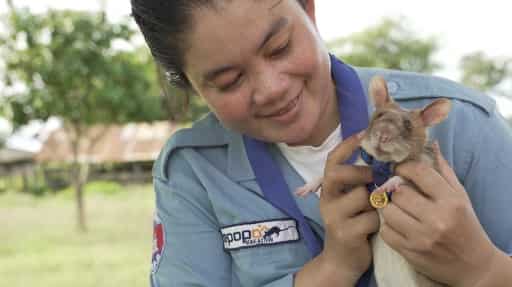 Magawa was the first rat to receive a medal from British veterinary charity PDSA in the 77 years of the awards, joining an illustrious band of brave canines, felines -- and even a pigeon.

Millions of landmines were laid in Cambodia during the country's nearly three-decade civil war which ended in 1998, causing tens of thousands of casualties.

Three Cambodian deminers were killed on Monday by anti-tank landmines that exploded as they tried to remove them, just 20 minutes after a man burning vegetation on his farm was killed by war-era ordnance in the same village.