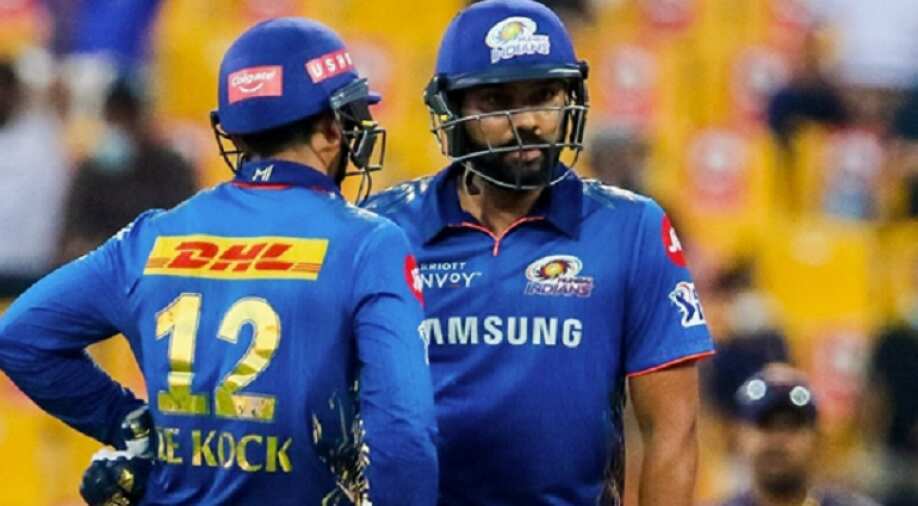 Mumbai Indians skipper Rohit Sharma has backed his team to get back to winning ways after facing a humiliating seven-wicket defeat against Kolkata Knight Riders on Thursday.

It was another disappointing performance with the bat from MI, who got off to a strong start after opting to bat first at the Sheikh Zayed Stadium in Abu Dhabi on Thursday. Openers Rohit (55) and Quinton de Kock (33) added a 78-run stand for the first wicket but the middle-order failed to capitalise as the likes of Suryakumar Yadav (21) and Ishant Kishan (14) were dismissed cheaply.

KKR managed to restrict Mumbai on a moderate total of 155 runs before gunning down the target with as many as 4.5 overs to spare. Half-centuries from Rahul Tripathi (76*) and  Venkatesh Iyer (56) helped KKR seal a comfortable victory and make it two wins in a row.

While KKR entered the top four with the win, Mumbai Indians slipped to the sixth spot on the points table. MI currently have only four wins from nine matches and will have to bounce back quickly to avoid early elimination from the race for the playoffs.

However, Rohit is not concerned about his team's chances and has backed the defending champions to bounce back strongly in their upcoming matches. The MI skipper said his team needs to get back and fight after their humbling against KKR.

"It (the points table) is always there at the back of the mind on where you stand, we are still in the middle of the table, so we have to get back and fight and hopefully get some wins on the trot," Rohit said after MI's shambolic defeat on Thursday.

Rohit admitted that the middle-order failed to capitalise on the good start by the openers. The Mumbai Indians skipper spoke about their middle-order woes and said losing wickets in regular intervals cost them the game against KKR.

"We started really well but didn't get enough towards the back end. I thought it was a good pitch, we failed to capitalize on the start we got and we didn't bowl well at the start. I don't want to look into it too much, things can happen and you have to move on," said Rohit post the match.

"After a good start we had to get small partnerships but we kept losing wickets at regular intervals, it is not easy for new batters to go in and start hitting the ball. It is something that happened in the last game as well and we will address it," he added.