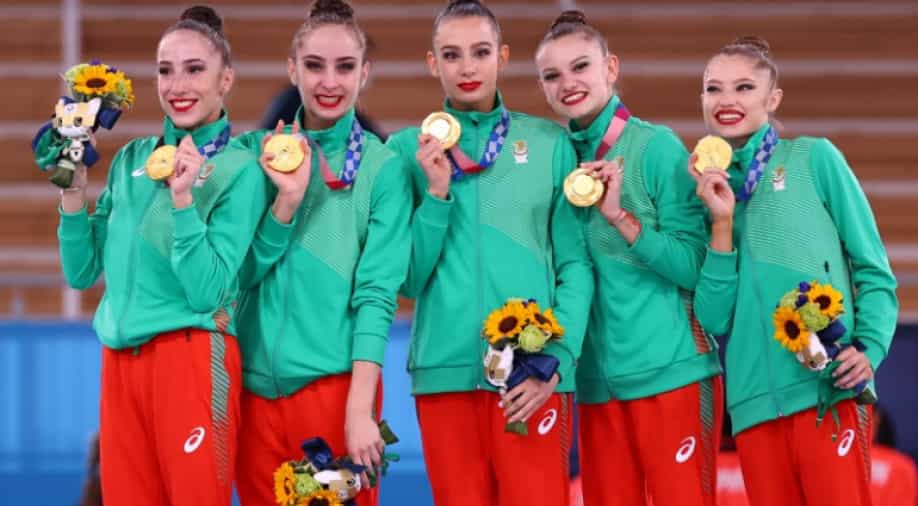 The Russian Olympic Committee (ROC) team took silver with 90.700 while Italy won the bronze with 87.700 points.

Bulgaria's rhythmic gymnasts bagged the gold medal in the group event with 92.100 points at the Tokyo Olympics on Sunday, ending a Russian winning streak that stretched back to the Sydney Games in 2000.

The Russian Olympic Committee (ROC) team took silver with 90.700 while Italy won the bronze with 87.700 points.

Russian athletes are competing under the ROC flag in Tokyo as part of sanctions for doping scandals.

It was the second upset in a row for Russian rhythmic gymnasts after Israel's Linoy Ashram finished ahead of three-time individual all-around world champion Dina Averina to win gold on Saturday by 0.150 points.

It was added to the Olympic programme as an individual event in 1984, with the first group gold awarded at Atlanta in 1996, when Spain took the title.