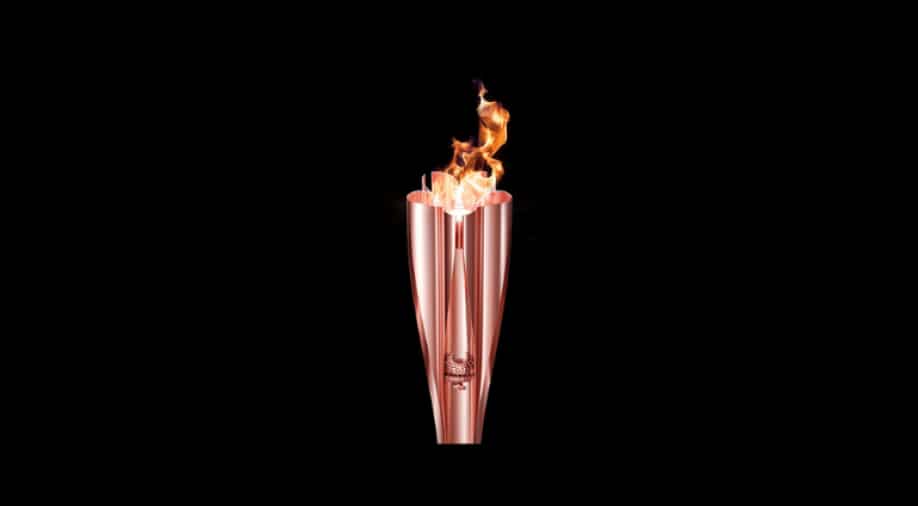 Tokyo 2020 organisers and government officials on Thursday night announced their decision to bar fans from Olympic events in the capital, which will be under a coronavirus emergency throughout the Games.

The Olympic flame arrived in Tokyo on Friday but the public was kept away from a low-key welcoming ceremony over coronavirus fears, after a "heartbreaking" announcement that spectators would be banned from most Games events.

On a rainy morning two weeks before the opening of the biggest sports tournament since the pandemic began, the flame was brought on stage in a lantern and handed to Tokyo Governor Yuriko Koike.

ALSO READ: Tokyo Olympics to be held behind closed doors under state of emergency measures

Despite the disruption to the nationwide torch relay, "it has been transmitted as a way of hope," Koike said.

Tokyo 2020 organisers and government officials on Thursday night announced their decision to bar fans from Olympic events in the capital, which will be under a virus emergency throughout the Games.

It means the pandemic-postponed Games will be the first to take place largely behind closed doors, with a handful of competitions taking place outside the capital.

The torch relay began in March and was meant to build excitement for the Olympics, but it has been pulled from public roads in many places, including Tokyo, to prevent crowds from spreading the virus.

Before the flame arrived on Friday morning, five male trumpet players dressed in suits played a rousing melody under a gazebo to shelter them from the drizzle, with only journalists and officials looking on.

The stands were empty at the Komazawa Olympic Park stadium in the capital's southeastern suburbs, which was used in the 1964 Tokyo Olympics -- seen as Japan's great return to the world stage after World War II.

Friday's event gave a taste of the atmosphere that could await athletes at the opening ceremony, to be held on July 23 at the National Stadium in the city centre.

On Thursday night, Koike said she felt "heartbreaking grief about this decision," but organisers said they were left no choice as infections rise and the Delta variant causes growing concern.

Tokyo 2020 had hoped to have up to 10,000 fans in venues throughout the Games, but now most events will be watched only by officials and Olympic representatives.

The government has been criticised over the slow start to its vaccination programme, with around 16 percent of the population fully inoculated.

When the 2020 Games were postponed last year as the scale of the pandemic became clear, there was talk they would be staged as proof the world had overcome the virus.

But that triumphant tone has given way to the harsh reality of new infection surges and more contagious variants.

The nationwide torch relay has been fraught with problems since it began in March, with almost half the legs disrupted in some way.

The relay was forced off public roads in famous tourist cities such as Kyoto and Hiroshima over fears that crowds of fans could spread the virus.

On Friday, a very small protest was held outside the Komazawa stadium, with fewer than a dozen people holding colourful banners, with one that said "Just stop it".

A decision on spectators at the Paralympic Games, which open on August 24, will not be taken until after the Olympics end, organisers said on Thursday.