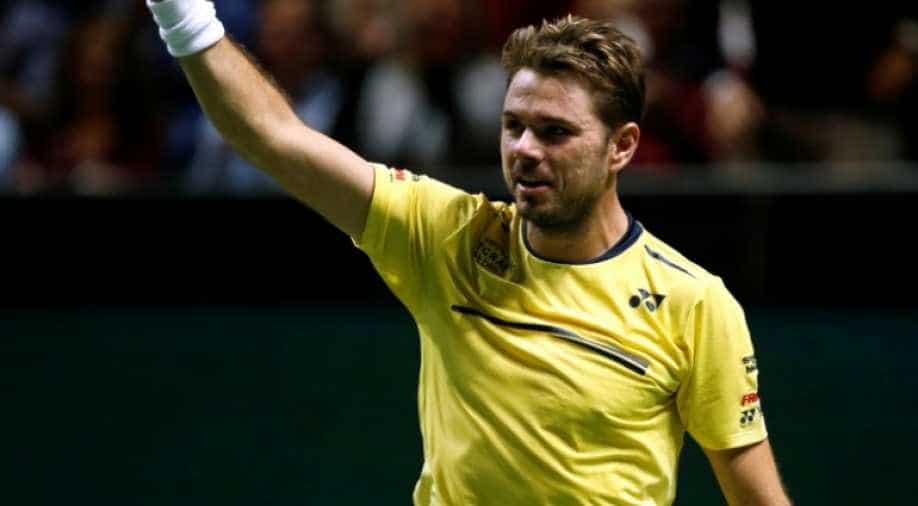 Swiss Wawrinka, who reached his first final since undergoing two knee surgeries in 2017, fired 35 winners, including eight aces to triumph in just over two hours.

Three-times Grand Slam champion Stan Wawrinka battled past Kei Nishikori 6-2 4-6 6-4 at the ABN AMRO World Tennis Tournament in Rotterdam on Saturday to set up a final against Frenchman Gael Monfils.

Swiss Wawrinka, who reached his first final since undergoing two knee surgeries in 2017, fired 35 winners, including eight aces to triumph in just over two hours.

In an intense final set, both players held serve with relative ease until the 10th game when Wawrinka fired two scorching forehands to convert a break point and book a place in Sunday's final.

A week after falling to Daniil Medvedev in the Sofia Open semi-finals, Monfils's relentless court coverage proved the difference as he defeated the Russian 4-6 6-3 6-4.

Frenchman Monfils finished with 29 winners to move one step away from a first title since lifting the Qatar Open title in January last year.

Fifth seed Medvedev, who won the Sofia Open last week, struggled to land his forehands in the final set as he conceded a decisive break of serve in the ninth game of the final set.

"Tactically I think I played good and physically I was tough, I was happy that I could handle it physically," said Monfils.

"My game plan was definitely to make him play a lot of balls and at the end I think it paid off. I was very happy because I kept the aggressive spirit at the end and I think that is why I won today."