Sunil Gavaskar picks favourites to win T20 WC 2021 final: They have an unbelievable record in knockouts 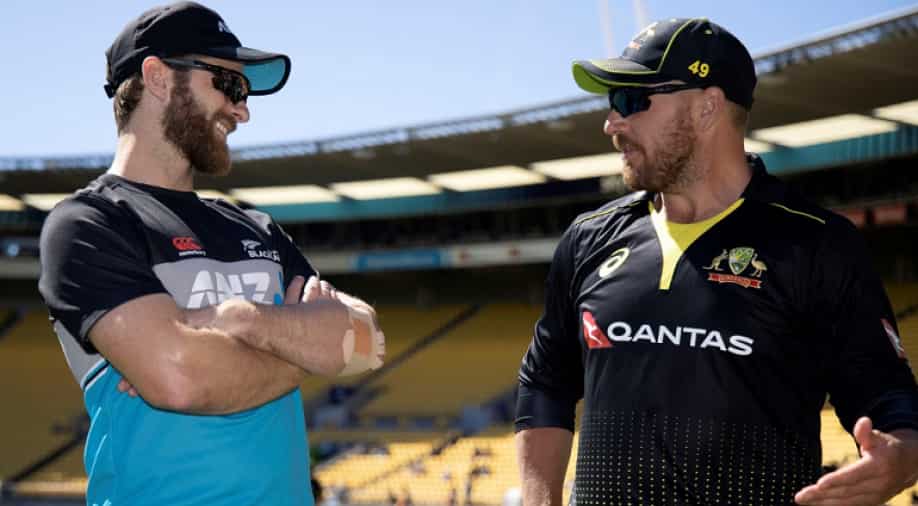 Sunil Gavaskar has picked his favourite to win the T20 World Cup 2021 final between Australia and New Zealand. Photograph:( AFP )

Former India captain Sunil Gavaskar has picked his favourites to win the T20 World Cup 2021 title ahead of the summit clash between Australia and New Zealand. Kane Williamson's men will be up against Aaron Finch & Co. in the summit clash at the Dubai International Stadium in Dubai on Sunday (November 14). While New Zealand entered the final with a win over favourites England, Australia ended Pakistan's unbeaten streak in the second semi-final.

The trans-Tasmanian rivals are all set to add a new chapter to their rivalry on Sunday. Both Australia and New Zealand have not won the T20 World Cup yet and will be battling it out for their maiden title. Ahead of the final, Gavaskar has backed the Aussies to come out on top and lift their maiden T20 World Cup trophy by outclassing the Kiwis.

Gavaskar believes Australians have the pedigree of playing in big finals having dominated world cricket in the past with a hat-trick of ODI World Cup titles in 1999, 2003 and 2007. The batting legend believes Australia's brilliant record in knockout rounds of ICC tournaments will give them the confidence to upstage the Kiwis on Sunday.

"When you have won more often than you have lost, you just enter the field feeling that come what may, you will be able to turn it around. The Australians, I think they are on a roll, they have got the momentum," Gavaskar said on Sports Today.

"In the knockouts, it's not against New Zealand but against most teams that they have an unbelievable record. They will fancy their chances of claiming this ICC T20 cup for the first time," he added.

New Zealand have been handed a huge blow ahead of the final as middle-order batter Devon Conway has been ruled out of the final due to a broken hand. He had suffered the injury after punching his bat in frustration post his dismissal in the semi-final game against England.

Australia, on the other hand, have all their players fit for selection and will hope for a dominant show from the batsmen. The likes of David Warner, Mitchell Marsh and Marcus Stoinis have been in fine form for the Aussies and possess the ability to take the game away from the opposition with their batting exploits.