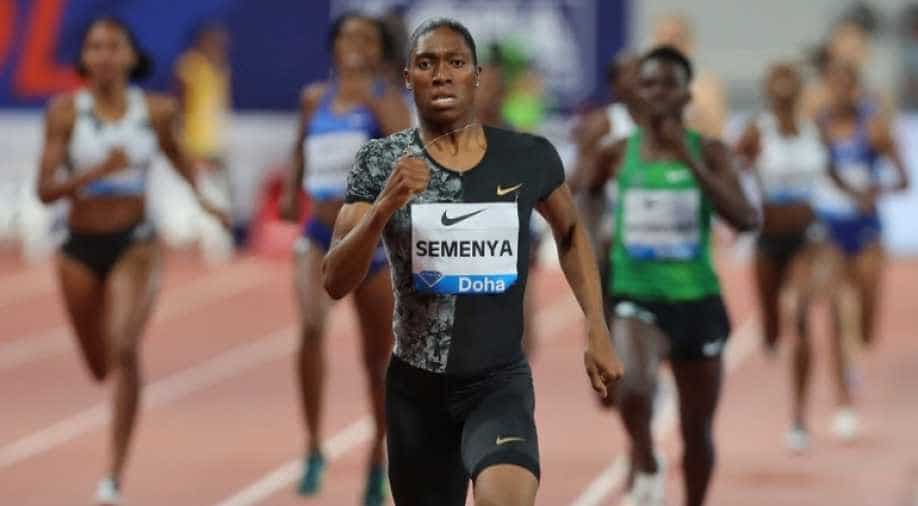 The South African government said on Monday it was "instructing" the country's athletics governing body to appeal against the Court of Arbitration for Sport decision on female eligibility that directly affects their Olympic champion Caster Semenya.

Yet Athletics South Africa (ASA) maintained silence on the matter with sources telling Reuters they were still considering their options and would not be issuing any statement until ready.

Any appeal would have to be made by the end of the month to the Swiss Federal Tribunal.

Sport minister Tokozile Xasa, who has no direct authority over ASA, said in a statement she was making the instruction after receiving advice from a high-level panel.

The panel had met to discuss the way forward after CAS ruled that the International Association of Athletics Federations (IAAF) could go ahead with its regulations on female runners with differences of sex development (DSD).

Athletes like the double Olympic 800m champion Semenya with male XY chromosomes must now take medication to lower naturally occurring high levels of testosterone before being allowed to compete in women's races from 400m to a mile.

Xasa's claim followed a similar call from South Africa's Olympic chiefs last week and she went a step further by confidently predicting ASA would appeal and then summarising three grounds for that appeal in her statement.

"ASA applied for recusal of two of the arbitrators who it felt were conflicted since they have handled the earlier case of the Indian sprinter Dutee Chand, as Caster was also going to be an affected athlete," the statement said.

"The strength of scientific, medical and legal case we presented, we believe, the outcome is inconceivable on the facts. The facts before (the) court and the outcome do not match.

"The pertinent legal questions that the court should have addressed we (believe were) not addressed. The court simply gave the unfettered latitude to the IAAF to do as it pleases.

"For instance, it has not been answered as to how the IAAF will implement the regulations and how ethical issues will be addressed."