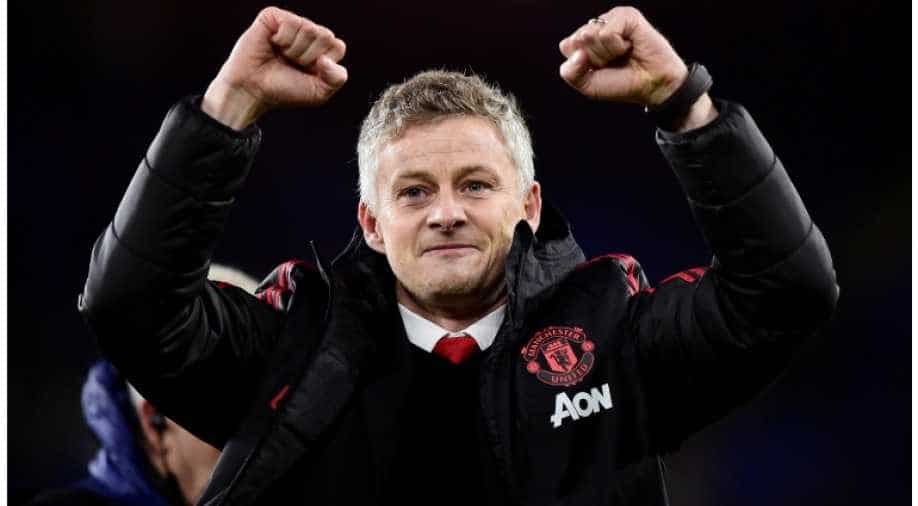 The Norwegian enjoyed a dream start as caretaker boss after succeeding the sacked Jose Mourinho this week as United thrashed his former club Cardiff City 5-1 on Saturday.

Manchester United interim coach Ole Gunnar Solskjaer is confident his side can make up the gap with the top four in the Premier League, drawing on his own experience in a side where he used to come to the rescue off the bench late on.

The Norwegian enjoyed a dream start as caretaker boss after succeeding the sacked Jose Mourinho this week as United thrashed his former club Cardiff City 5-1 on Saturday.

The result, coupled with defeat for fourth-placed Chelsea, means that United sit eight points off the top four in sixth.

While the gloom under Mourinho this season meant United were drifting out of contention for a Champions League place, their emphatic win in Wales has started to bring them back in.

"We take one game at a time now. We've caught up eight or nine points before but we've got to go one step at a time," said Solskjaer, who memorably came off the bench to score a late winner for United in the 1999 Champions League final.

"I was proud and humble at the reception from the fans, it has been an emotional week. But it's a start and we move on."

Mourinho's tenure was latterly dominated by rows with midfielder Paul Pogba, who arrived from Juventus for a club-record 89 million pounds ($112.6 million) in 2016.

The mercurial Frenchman had been left out of the starting lineup in the Portuguese's final games but was restored to the centre of the pitch by Solskjaer and repaid his new manager's faith by creating two of the goals in a dominant performance.

"I think he (Pogba) brings what he can, he’s a quality player," Solskjaer said.

"But that’s the same with all of them. I’ve worked with Paul before and enjoyed the two days we’ve had and will enjoy working with him and the rest of them in the next four or five months."

With United hitting five goals for the first time since Alex Ferguson's last game in charge, a 5-5 draw with West Bromwich Albion in May 2013, supporters will be excited to see what the players can do at Old Trafford against Huddersfield Town on Wednesday.

Solskjaer, however, was keeping his feet on the ground.

"It’s a great start and we are going to enjoy the next couple of days but Boxing Day is coming and nothing in history is quicker than a football game, so there are still things to work on but they (the squad) grasped some of the ideas very quickly," he added.

"We’ll take it one game at a time but I’ll enjoy tonight."