Silverware is priority for Liverpool, says Alexander-Arnold ahead of Champions League final against Tottenham 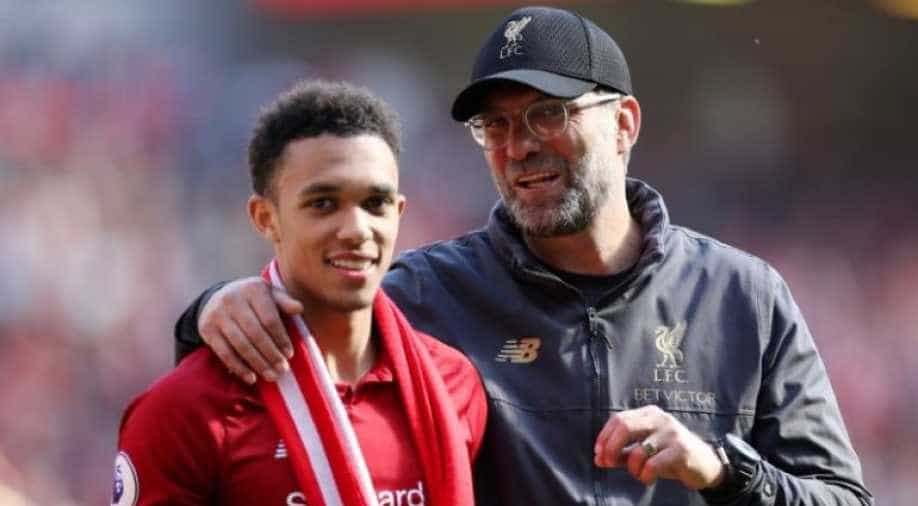 Liverpool are now in a position where winning trophies has become a priority after proving themselves to be one of the best sides in the world, right back Trent Alexander-Arnold said ahead of Saturday's Champions League final against Tottenham Hotspur.

They have made steady progress since Juergen Klopp was appointed manager in 2015 and the Merseyside club have qualified for the Champions League in his three full seasons in charge.

This season they stepped up their game to compete on two fronts, narrowly missing out on the Premier League title by a single point to Manchester City while also progressing to the Champions League final.

The final in Madrid is Liverpool's last chance to ensure they do not finish the season empty-handed and Alexander-Arnold said they deserved silverware for their performances under Klopp.

"We're at a place where we demand silverware from ourselves. It's not something we shy away from or are scared of. We're one of the best sides in the world," Alexander-Arnold told in an interview.

"We can't put too much pressure on our first major season of competing on two big fronts but ultimately it's the objective we're striving towards,'' said Alexander-Arnold.

"If we don't win a lot of silverware over the next few years then something has gone massively wrong because with this manager... with the way that we've been playing, it's incredible and we will keep going and going. That will be rewarded," he added.

This is Liverpool's second consecutive Champions League final and their fourth in 14 years, last winning the coveted trophy in 2005.

After losing 3-1 to Real Madrid in the showpiece event in Kiev last season, Alexander-Arnold said he was not surprised the Anfield side were back in contention to win their sixth European Cup yet again this year.

"It has come really soon, but I didn't doubt that it would. This team is good enough to win leagues, to win Champions Leagues. We've shown that across the last two seasons especially and we just need to get over the line now," he added.

"I'm sure soon as we get one, we'll be unstoppable and that's the focus for us -- becoming a formidable team that is unbreakable," said Alexander-Arnold.