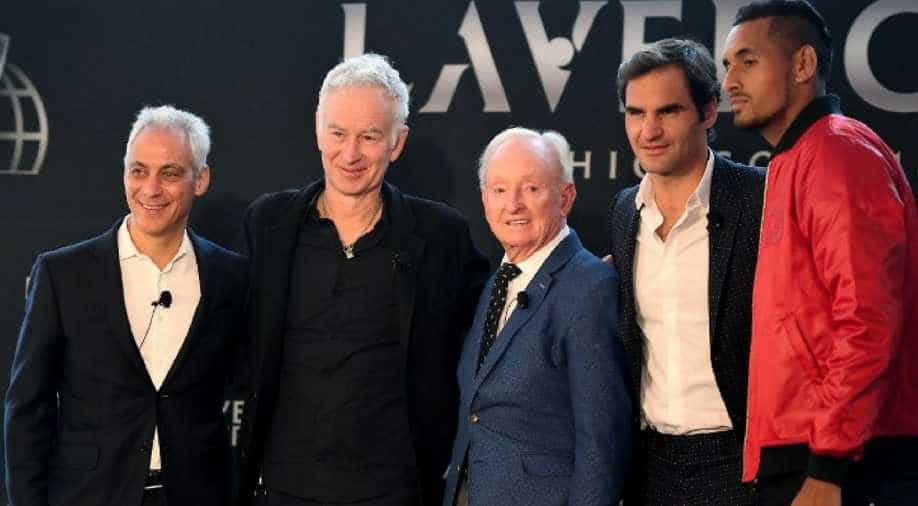 After that, he visited Chicago to help kick-off the countdown to September’s Laver Cup.

Good Morning Chicago! The countdown to the #LaverCup 2018 starts here! Follow the action live on Twitter and Periscope @LaverCup. ???? pic.twitter.com/4OSJf3Cz8p

Swiss tennis star promoted the second Laver Cup, a team competition that debuted last year in Prague with an intention that the tournament will mark its popularity on U.S. soil also.

While interacting with media he said, "Obviously now that we're sitting in Chicago, being in Chicago for the first time, wonderful city by the way, I can't wait for September to come around and really kick off the second addition of the Laver Cup."

He further added, "The idea of the Laver Cup was always to honor the legends of the game"

He was joined by tennis legends Rod Laver and John McEnroe, along with young Australian star Nick Kyrgios.

Delighted to receive a personalised Chicago @NHLBlackHawks jersey from ice hockey legend Bobby Hull to commemorate the @LaverCup coming to this great city in 2018. pic.twitter.com/H21gDjvvR8

Rod Laver, tennis legend said, "The Laver Cup last year was such a success and, you know, I thank Roger and all the players that competed. It was just unbelievable, the energy on the court with 14,000 people cheering."

Roger Federer's management team helped in launching the Laver Cup, which pits Team Europe against Team World. Four of the six players on each team are chosen on rankings after Wimbledon. The other two are captain's picks.

Delighted to present @RogerFederer with my Dunlop Maxply inscribed: ‘To the greatest, from Rod Laver ’62 ’69’ after his SF win today. Onto another final @BNPPARIBASOPEN pic.twitter.com/Zg7kH8bIu0