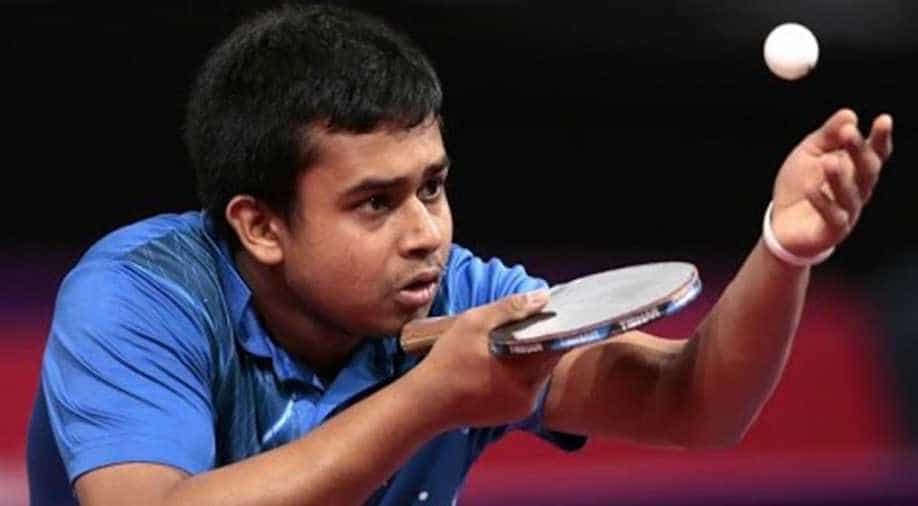 India's top Table tennis player Soumyajit Ghosh, who has been accused of rape, was on Monday dropped from the upcoming player draft for the second season of Ultimate Table Tennis league.

25-year-old Raj Mondal has been signed up as a replacement for Ghosh.

The franchise organisers made this announcement a couple of days after the Table Tennis Federation of India (TTFI) decided to provisionally suspend the Olympian paddler pending investigations into rape charges levelled by a girl in Kolkata against him.

"Since UTT is recognised by TTFI, we accept their decision and have replaced Soumyajit Ghosh with Raj Mondal for the upcoming player draft scheduled in Mumbai on 28th March 2018.

With the draft around the corner, the current circumstances do not allow us any time to wait for the decision of the court," the organisers said in an official statement.

Raj Mondal, currently ranked sixth in the country, is a seasoned campaigner on the domestic circuit.

He has won two mixed doubles titles in the Senior National Championships and finished third in the singles of the last National Games.

Soumyajit Ghosh dropped from CWG TT squad after being accused...