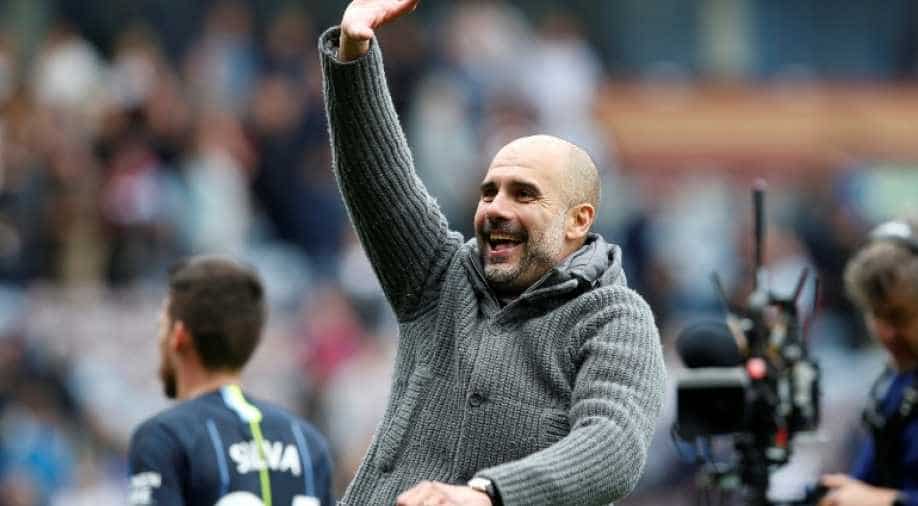 Guardiola said he was happy with his current title-winning squad

Manchester City manager Pep Guardiola says he does not expect to make many, if any, new signings before the transfer window closes.

The Premier League champions have made one big-money signing in the close season, brining in Rodrigo Hernandez Cascante, better known as 'Rodri', from Atletico Madrid for a club-record €70 million ($79 million).

Speaking in Yokohama on the club’s pre-season tour of Asia, Guardiola said he was happy with his current title-winning squad.

“Not many,” the Spaniard said on Friday, when asked if any more transfer deals can be expected.

“The transfer market is so difficult and we are good enough. Maybe zero, one or one and a half (transfers). We will see.”

One player Guardiola may have to replace if Bayern Munich get their way is German winger Leroy Sane.

Bayern have made it clear they would like to take the 23-year-old to Bavaria, but Guardiola has stated his resolve to keep Sane in England.

Despite Bayern chairman Karl-Heinz Rummenigge suggesting earlier this week that the City manager "doesn't know everything that goes on in his club," Guardiola refused to be drawn into a war of words with his former side.

“I love Bayern Munich. It is part of my life. So the people working there, I appreciate a lot,” said Guardiola, who won three league titles with the German club.

“They gave me an incredible opportunity to work in Germany at this historical club. I have real, real friends out there.

“Football is what it is. Sometimes you know I say things the people on the opposite side don’t like, but I know that they always do it with good intentions.”