Formula One: Ocon fits in at Renault after a year out 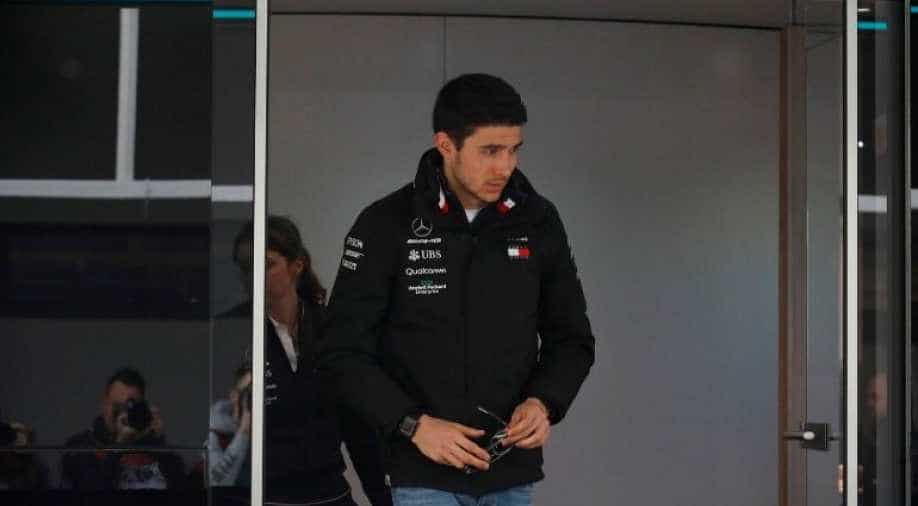 Esteban Ocon started work as a Renault Formula One driver in Abu Dhabi post-season testing on Tuesday, after a year as a reserve for champions Mercedes, and said it was good to be back behind the wheel.

The 23-year-old Frenchman lost his drive with Racing Point at the end of 2018 but has returned to replace departed German Nico Hulkenberg for 2020.

He told France's Le Figaro newspaper he might have returned last weekend as a stand-in when Williams' British rookie George Russell reported sick at the season-ending Abu Dhabi Grand Prix, but that did not happen.

"I couldn't get in the car. It was obviously impossible," the 1.86m driver said, reporting for duty at Yas Marina.

If the title-winning Mercedes was a squeeze, with six times world champion Lewis Hamilton and teammate Valtteri Bottas both shorter than Ocon, the Frenchman was closer to Hulkenberg's 1.84m measurement.

"My main focus was to get back up to speed," said Ocon.

"Trying to get a sensible position in the car too, and then once we’ve more or less done that it was also to get a first feel for the car and the new tyres. My position is a bit better in that car (the Renault), the seating position because there’s more space."

Teams were testing a mixture of 2019 and 2020 specification Pirelli tyres.

Bottas was fastest for Mercedes and completed 138 laps more than two full race distances on his last day at the wheel this year, with Russell taking over for the final day on Wednesday.

Sebastian Vettel was driving for Ferrari, and was second on the timesheets, with Max Verstappen testing for Red Bull.

Williams gave former F2 driver Roy Nissany an outing and the 25-year-old Israeli, whose father Chanoch was a test driver for now-defunct Minardi in 2005, was slowest by more than three seconds.