NBA Finals: Bucks look to climb over ‘Giannis Wall’ to make it even-stevens 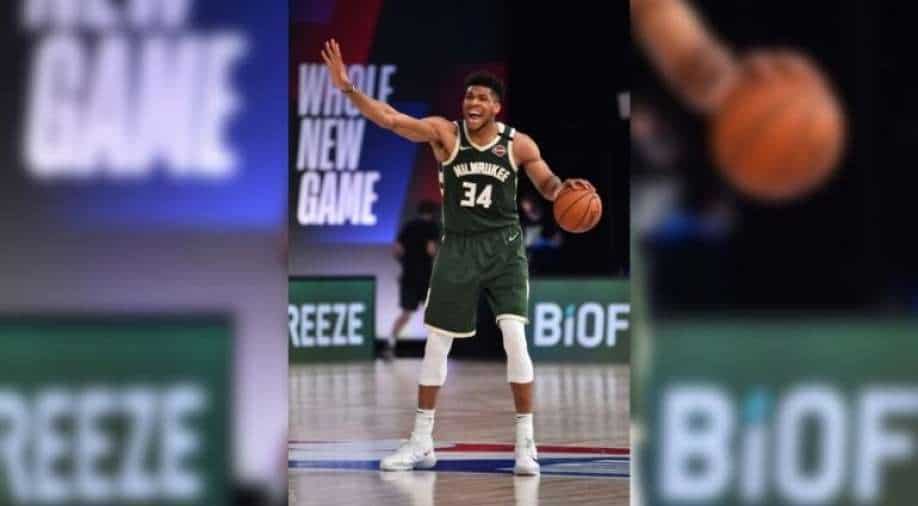 NBA Finals: Bucks look to climb over ‘Giannis Wall’ to make it even-stevens Photograph:( Others )

The Suns will retain home-court advantage even if they lose Game 4, but taking a game in Milwaukee would boost their Championship hopes tenfold and give them a chance to put their hands on the Larry O’Brien at their home-court.

The Milwaukee Bucks took a big win against Phoenix Suns in Game 3 to fight their way back into the NBA Finals. The home team would look to replicate that performance even as Suns look to get their act together in Game 4 on Wednesday night (Thursday morning IST).

Giannis Antetokounmpo has stamped his authority of being the most dominant player in the series and the two back-to-back 40-point games may just be the wake-up-and-smell-the-coffee moment Bucks needed. The Greek star is finally flexing every muscle of his body to beat Suns in size.

“He’s doing whatever it takes,” said Bucks coach Mike Budenholzer. “He does a lot and we need a lot from him.” Antetokounmpo has averaged 34.3 points, 14 rebounds, and shot 62% in the series so far, and Bucks couldn’t have asked for a better time to peak for their superstar. Antetokounmpo became the second player in league history to tally 100-plus points and 40-plus rebounds over his first three career Finals games, according to Elias Sports.

Chris Paul is painfully aware that they need to stop Antetokounmpo from having another highlight game. “We’re going to keep trying to build a wall. He’s coming full speed every play, like a running back coming downhill,” said Paul. “We try to get in his way but he’s able to do get past because he’s surrounded by some really good players. We’re just going to stick with our game plan and see what we can do.”

The two-time MVP knows how to run through the ‘Wall’. “I started seeing the wall, two years ago. Now, it’s about trust. And it's kind of hard, because you want to be effective, you want to get downhill, you want to do everything, but now you also – and you take it personally,” said Antetokounmpo. “I was always a capable passer before the wall was created, which is funny that there’s a defense out there called the Giannis Wall.”

The wall or not, at the back of his tremendous run, Antetokounmpo has climbed to the top in the NBA Finals MVP Ladder. Though his eyes are focused on the larger prize, that of bringing the first NBA title for the Bucks in 50 years and Game 4 will give a clue which way the series is headed.

The Suns will retain home-court advantage even if they lose Game 4, but taking a game in Milwaukee would boost their Championship hopes tenfold and give them a chance to put their hands on the Larry O’Brien at their home-court.

Watch the Game 4 of the NBA Finals on Thursday at 6:30 AM on Disney+Hotstar, Star Sports Selects, and NBA League Pass